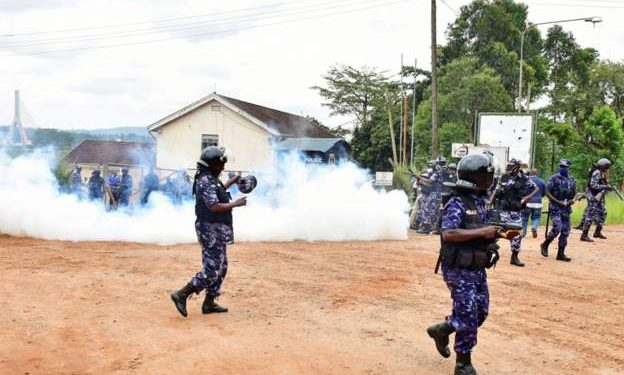 Tear gas and live bullets have been fired in Uganda’s capital, Kampala, to disperse people protesting against the arrest of Ugandan presidential candidate Robert Kyagulanyi, popularly known as Bobi Wine.

There is a heavy police presence in different parts of the city.

Traders were closing their premises and coming out in their hundreds, hands in the air, trying to make it past the security forces.

Security forces were entering some of the shopping malls to chase people out, or firing tear gas inside to smoke them out.

Bobi Wine’s supporters are calling for him to be released from police detention. He was arrested at a campaign rally in the east of the country on Wednesday and the police are accusing him of flouting coronavirus prevention guidelines against drawing crowds.

He has not yet been charged.

Police have said that seven people died, and dozens were injured, in protests on Wednesday.