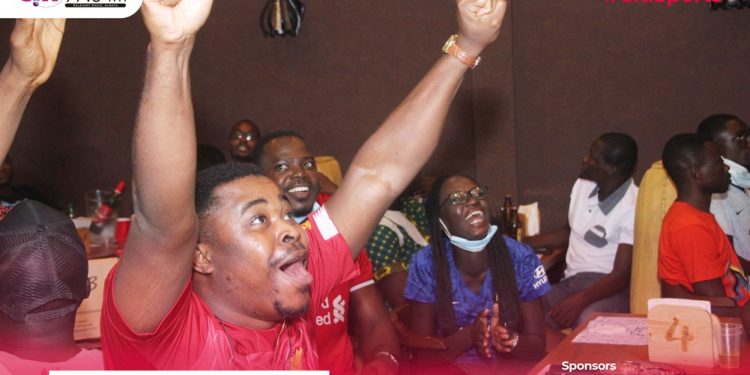 When Manchester City and Liverpool’s players walked off the Etihad pitch at the end of their mega clash on Sunday, it marked the end of arguably the biggest match of the Premier League season so far.

It also marked the end of another Premier League Roadshow by Citi FM; the third this season, and arguably one of the best so far. 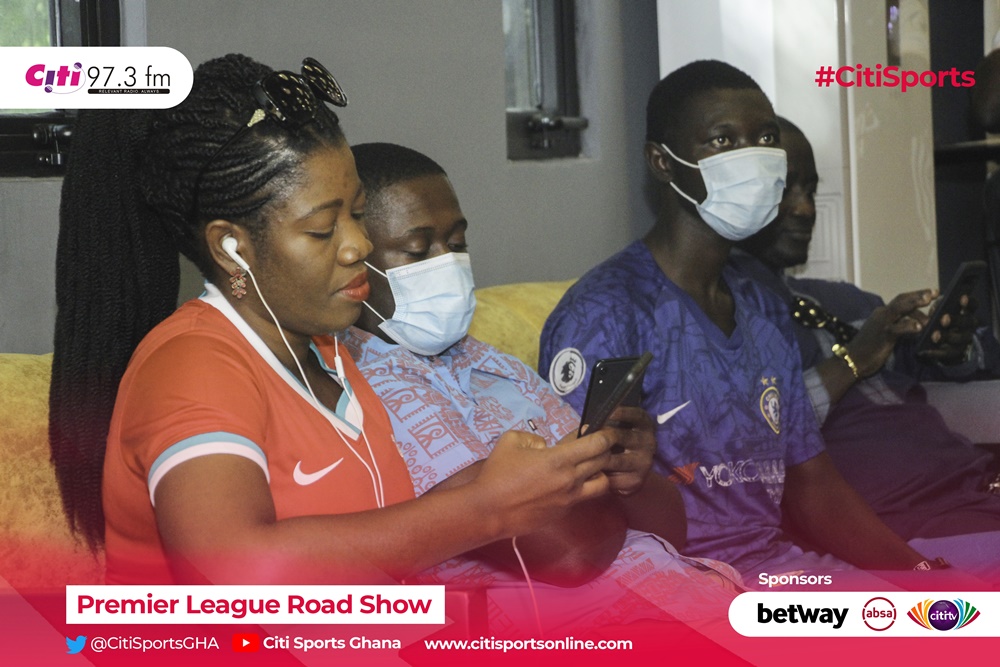 Despite the main focus for the Roadshow being the latter two of Sunday’s three matches, the early birds at the Bar B Lounge in Tema were still treated to a memorable game between West Brom and Tottenham. 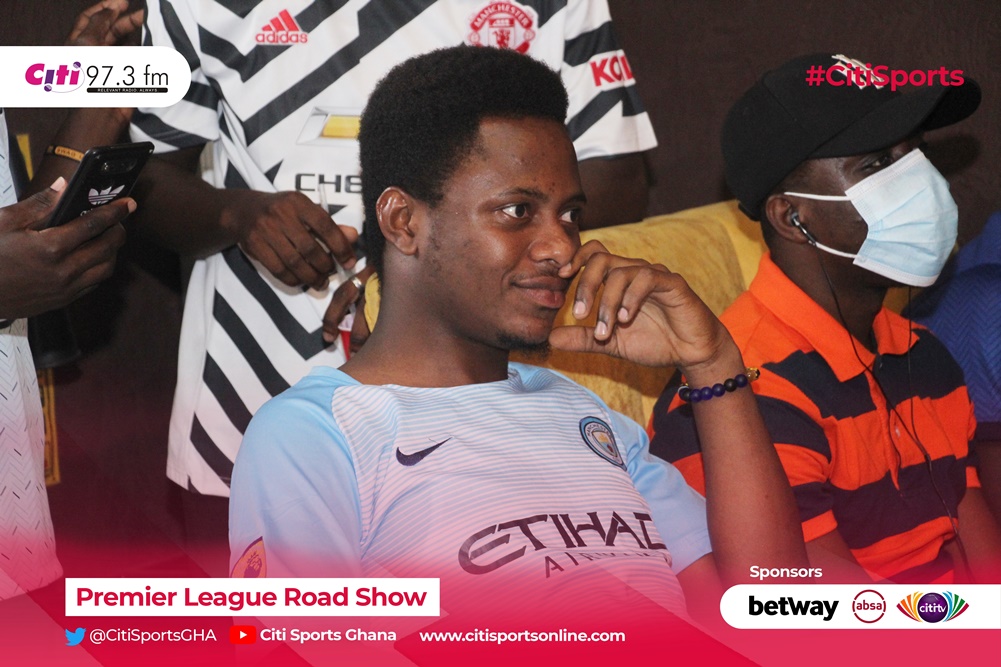 Fans at the beautiful new Lounge followed the action keenly, as Spurs and the Baggies struggled to break through each other’s defences, and cheered loudly as Harry Kane found a late winner for Mourinho’s men. 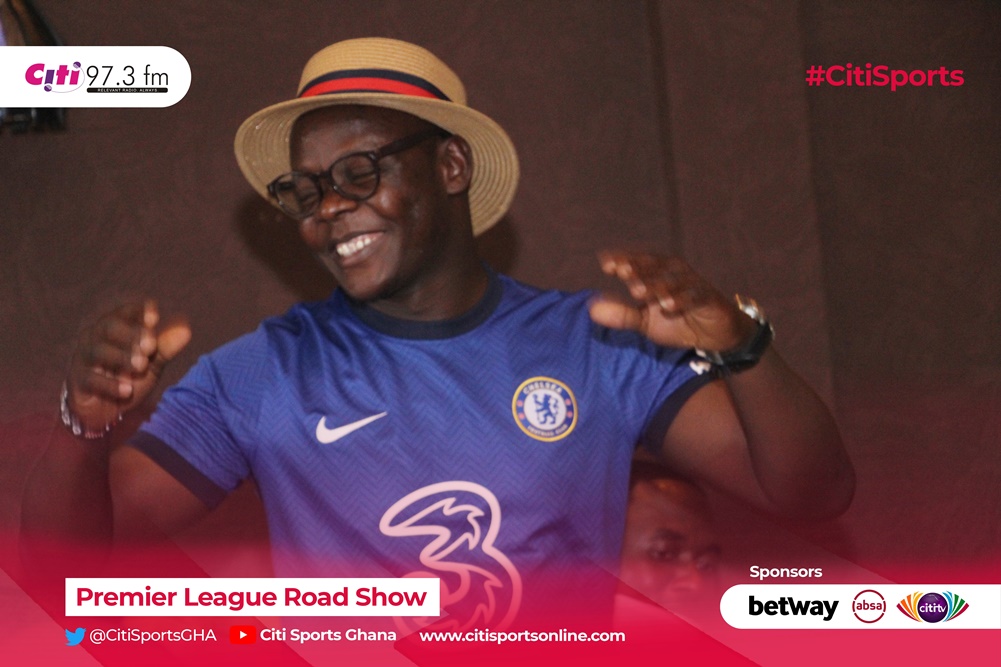 The venue gradually filled with lots of fans eagerly awaiting the huge third game. However, there was still the small matter of Leicester vs Wolves to get through. And what a match that was. The referee awarded the hosts two penalties, one of which was scored by Jamie Vardy. 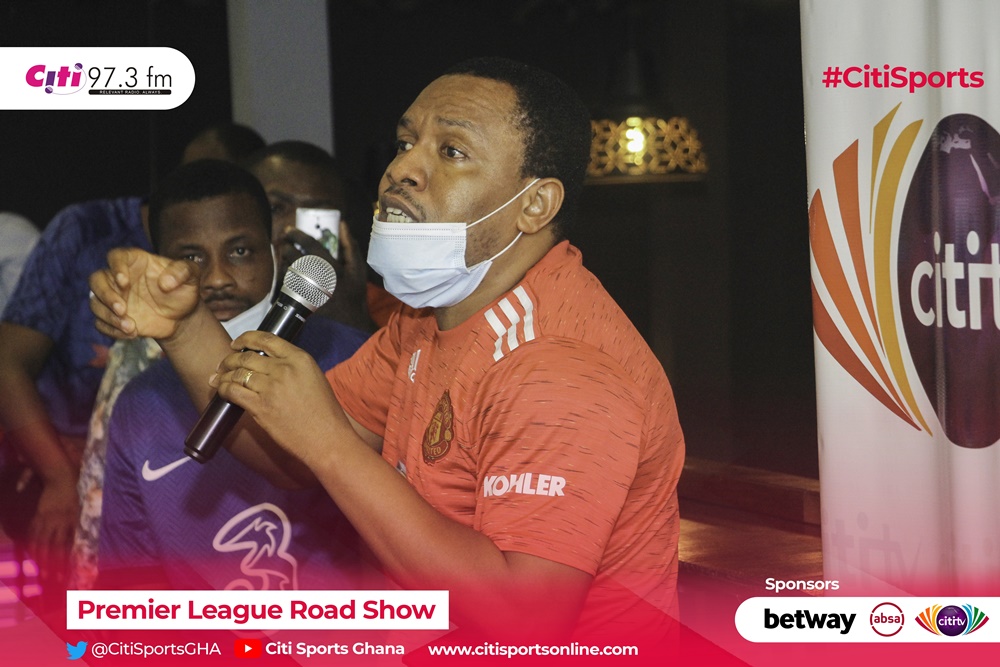 The debate over whether the first penalty (which was scored) was a legitimate one, raged on inside the Bar B Lounge. Leicester’s eventual narrow victory set the stage for the big one, the clash for which the ever-growing crowd at the Lounge had come for. 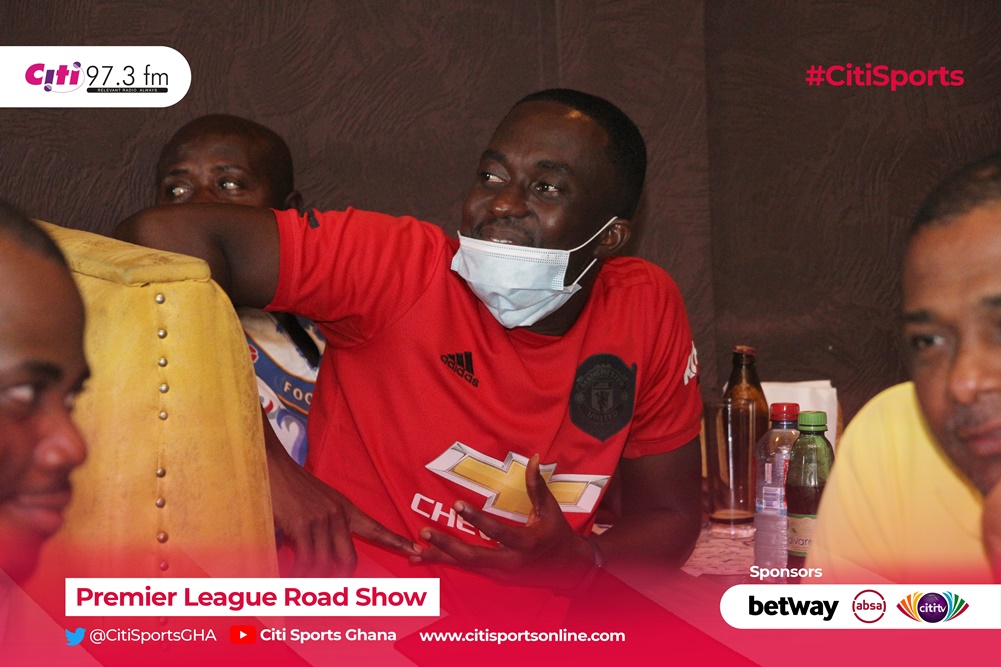 The noise ramped up inside, possibly matching anything a full Etihad could have offered as Citi Sports’ Fentuo Tahiru Fentuo and Nathan Quao anchored the event, brilliantly supported by Christopher Nimley who kept an already lively crowd, consistently animated ahead of kick-off. 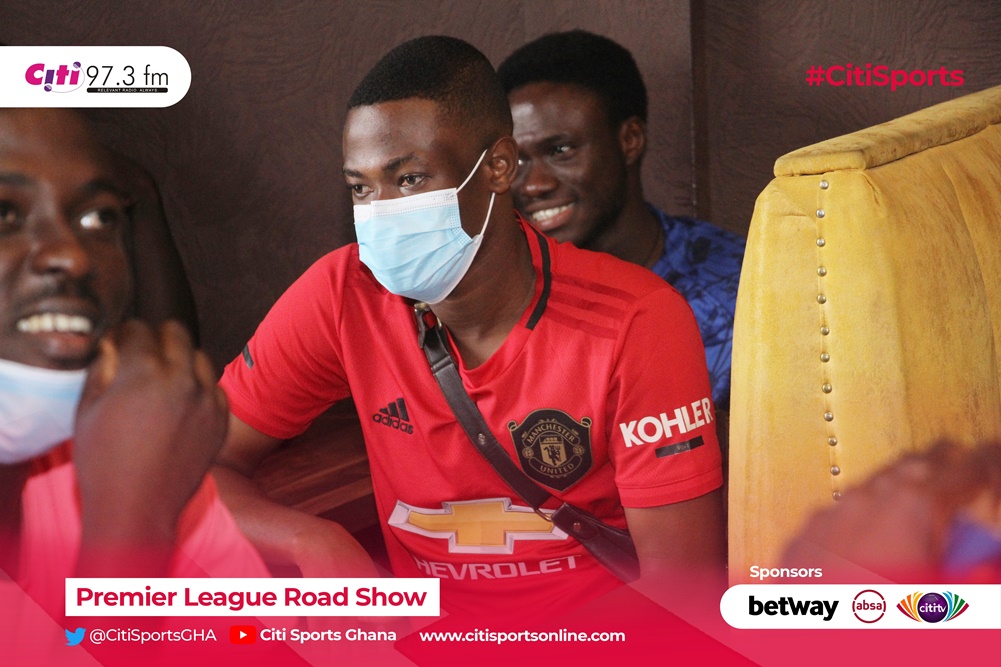 The beautifully-lit Bar B Lounge provided the perfect setting as Reds fans exchanged banter with the solitary Man City fan at the venue. He was, however, backed by supporters of the ‘ASU’, used in reference to supporters of clubs, other than the two playing, who hope for a negative result for one side. 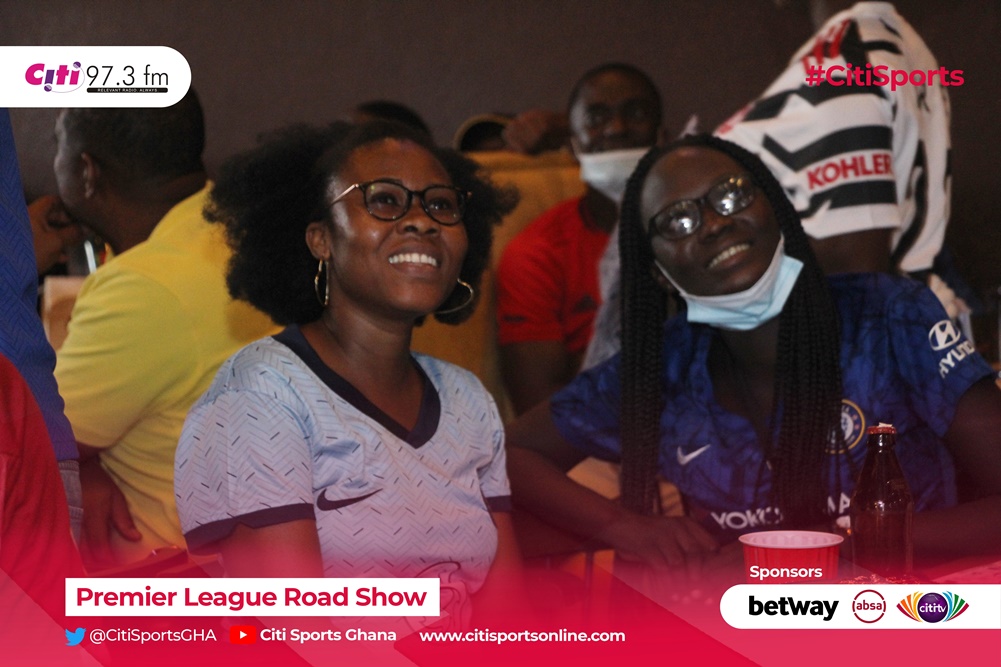 In this case, Man United, Chelsea and Arsenal fans had thronged the venue as well – the former two having already won that weekend, and the latter yet to play – and were eager to make their voices heard. 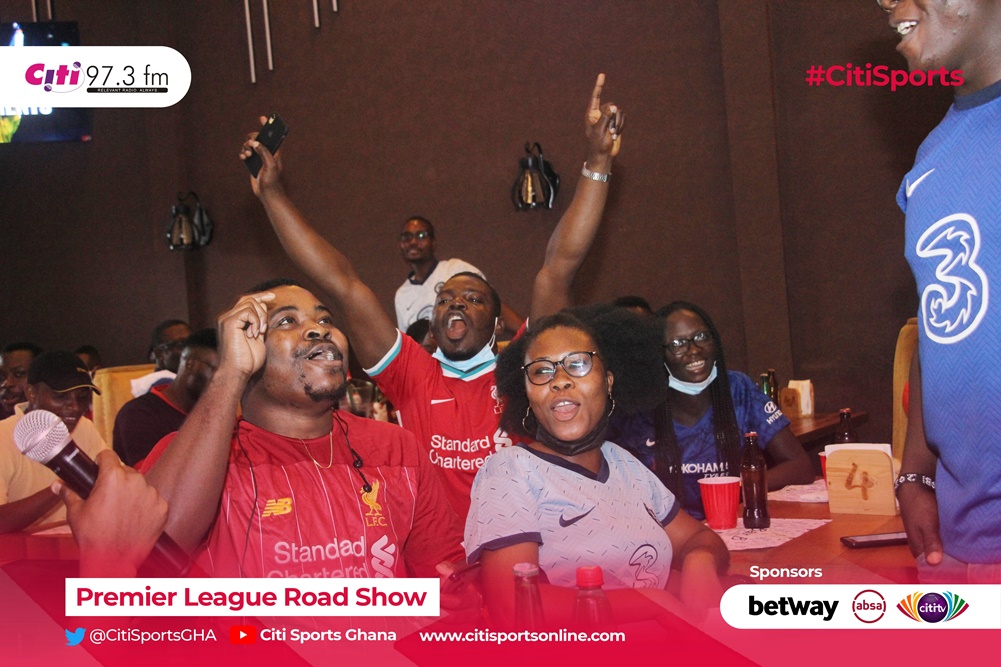 The first half perfectly matched the atmosphere at Bar B, which was electric. Two goals, two penalties (one crucially missed) and lots of end to end action later, you would have expected the fans to be drained at the end of the half. But Tema did not disappoint. 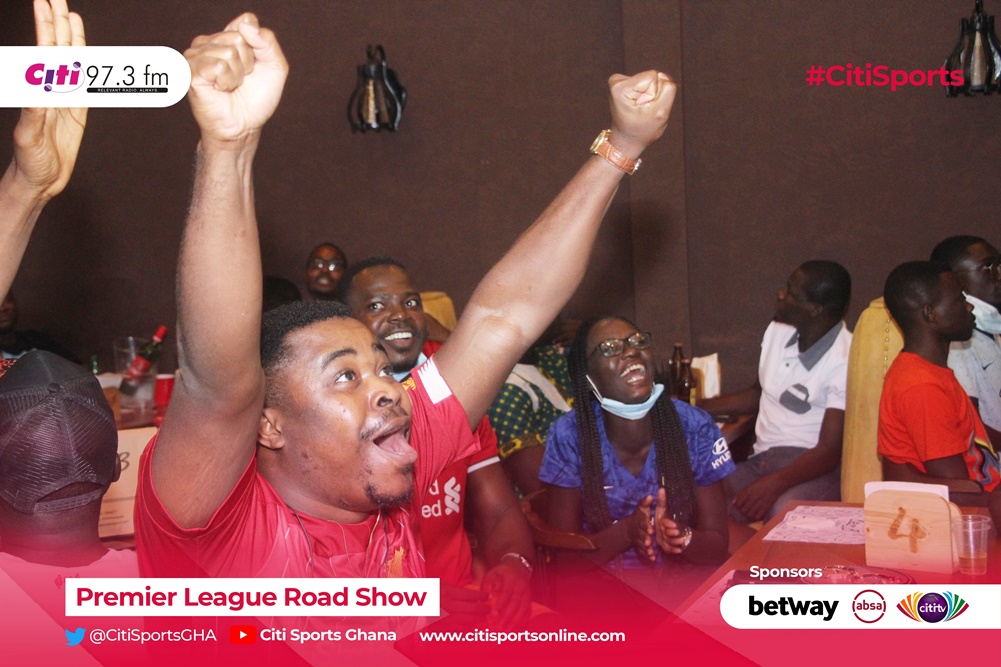 The excitement continued all through the break as supporters of both clubs tried to make sense of how their respective sides were not ahead, how Kevin De Bruyne had missed his penalty so badly and how the second half could top that barnstorming first. 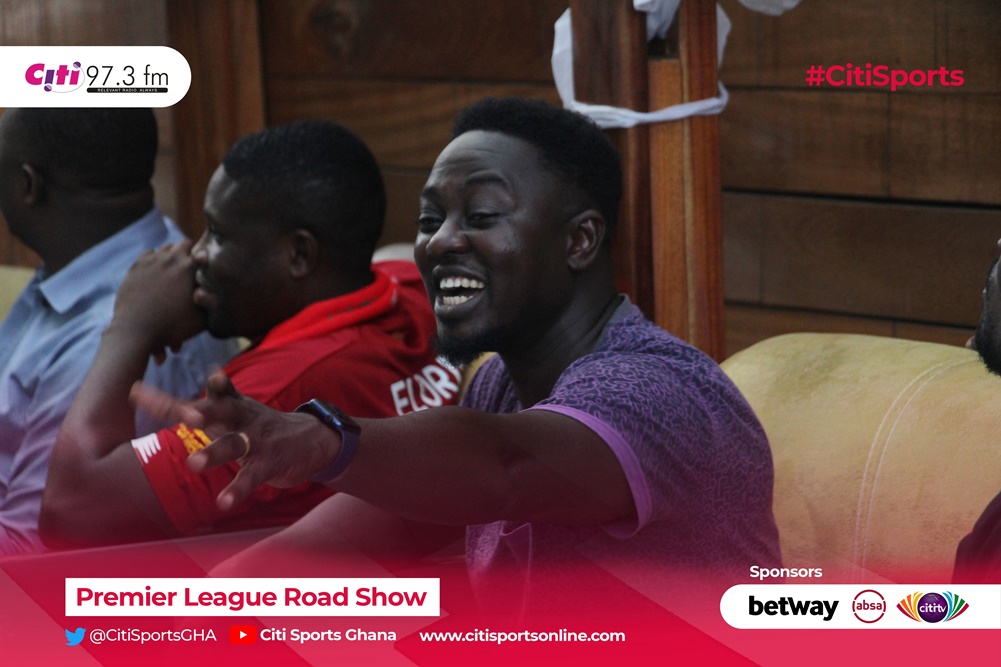 It didn’t. But that did not stop the crowd at the Bar B Lounge from enjoying every minute of it. 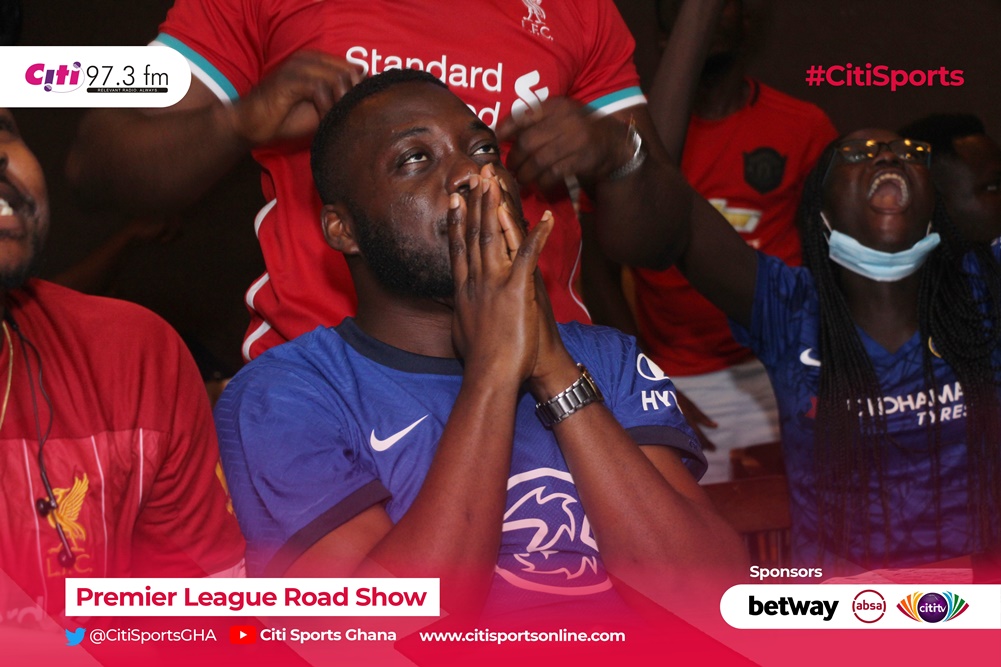 After three exciting matches, plenty of hilarious off-field shenanigans, tasty food and great drinks, there was a consensus; this weekend’s Roadshow in Tema will be difficult to top. 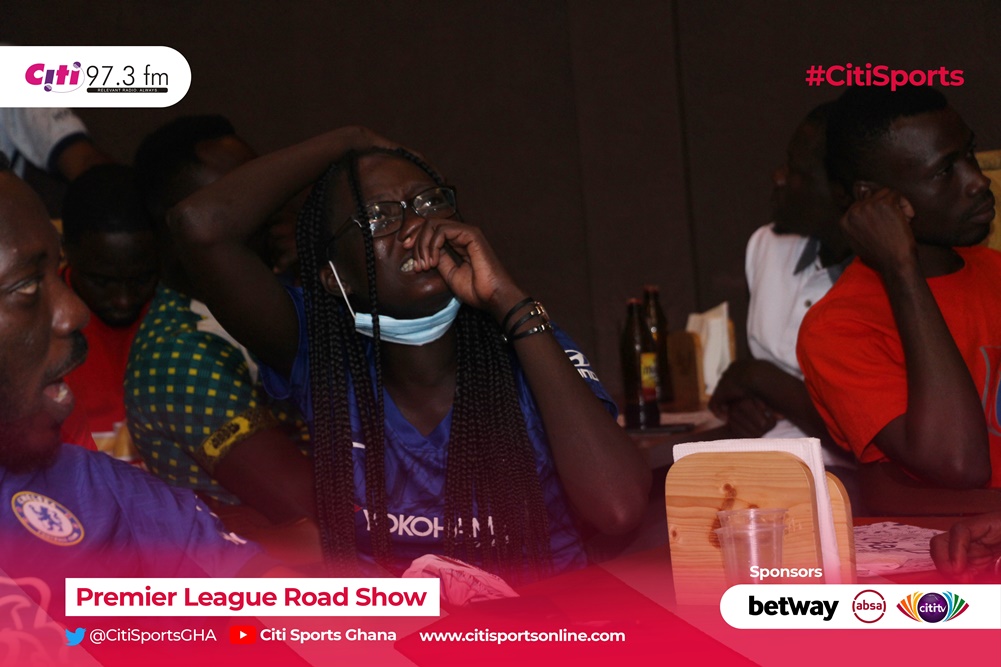 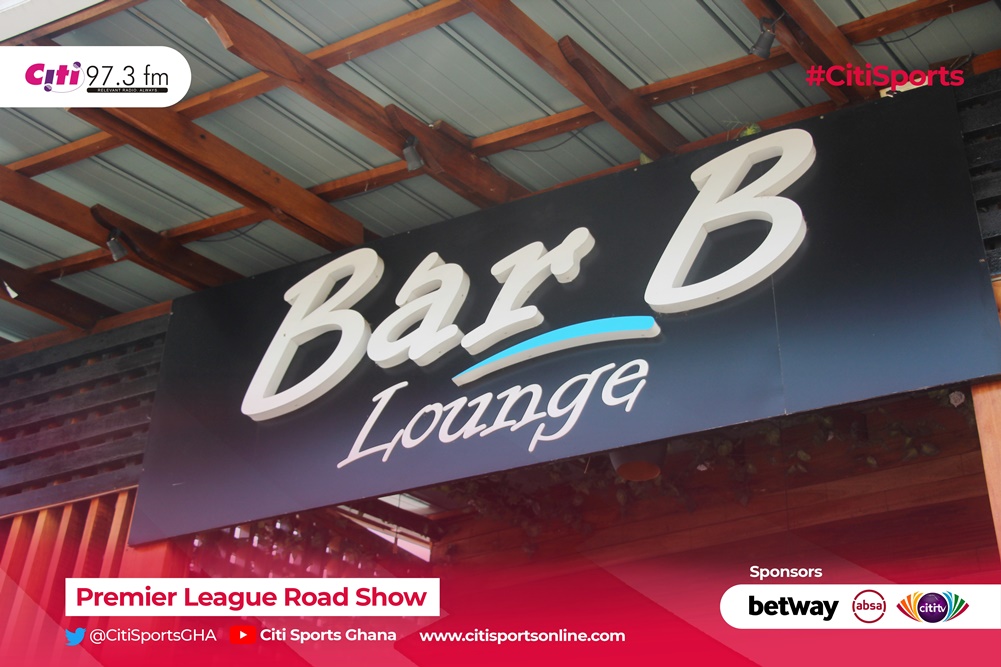 Coverage of the Premier League on Citi FM, courtesy talkSport, is sponsored by Betway and Absa Bank.