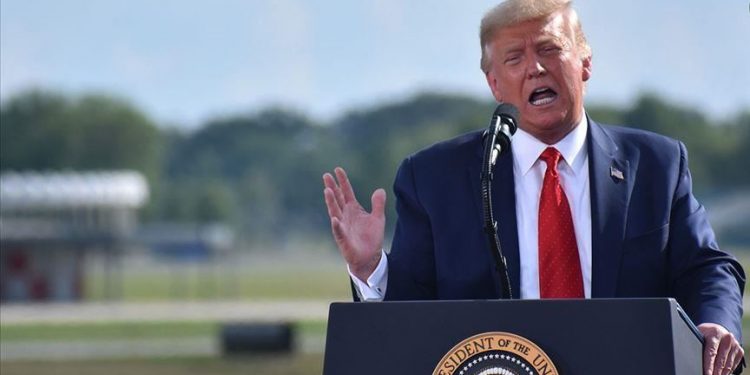 Donald Trump has had a fresh setback in his bid to overturn his loss in the US election as Michigan lawmakers indicated they would not seek to undo Joe Biden’s projected win in the state.

Earlier on Friday, Georgia dealt the US president another blow by certifying Mr Biden’s razor-thin margin of victory.

The Democrat is set to take office on 20 January as the 46th US president.

Mr Biden’s victory in the Electoral College system, which determines who becomes president, is projected to be 306 to 232 – far above the 270 he needs to win. His lead in the public vote overall stands at more than 5.9 million.

Mr Trump, who has had few public appearances since the 3 November vote, on Friday again falsely claimed victory. “I won, by the way,” he said, while making an announcement on drug pricing.

He has made allegations of widespread electoral fraud, without providing any evidence.

His Press Secretary Kayleigh McEnany accused the media and Democrats of hypocrisy.

“So while every legal vote is counted let us not forget the inexcusable transition, or lack thereof, that President Trump had to endure in 2016 and for years into his presidency.”