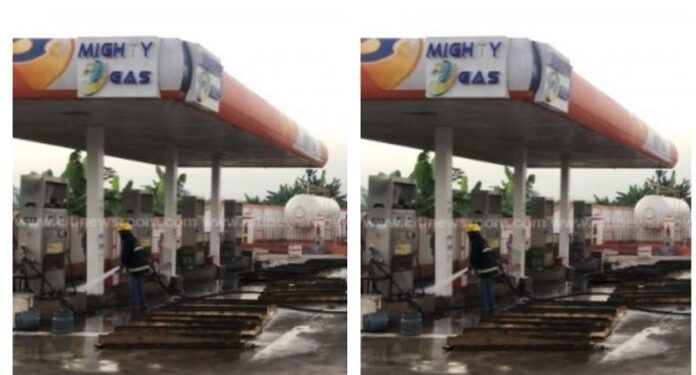 Three out of the 14 people who suffered injuries during last week’s explosion at the Mighty Gas filling station in the Volta Region have died.

The 14 were rushed to the Ho teaching hospital shortly after the fire swept through some commercial cars on the dawn of Wednesday, November 11, 2020.

The sound of the explosion at the gas station which is very close to the Ho teaching hospital drew the attention of residents who called personnel from the Ghana National Fire Service.

But for the swift intervention of the fire service, the explosion would have spread to the hospital.

Public Relations Officer of the Ho Teaching Hospital, Amos Dzah who has been speaking to Citi News on the latest development said the death involves one female and two males who were admitted at the Intensive Care Unit (ICU).

“They were stable and the degree of injuries was varied. But on that same day, one of them was taken to the ICU because he had difficulties in breathing. Subsequently, three of them were also taken to the ICU making four. But unfortunately, we have lost three of the people at the ICU. They are made up of one female and two males.”

The gas company temporarily shut down to pave way for thorough assessment, repairs and improvements after the incident.

It is still unclear, the cause of the fire.