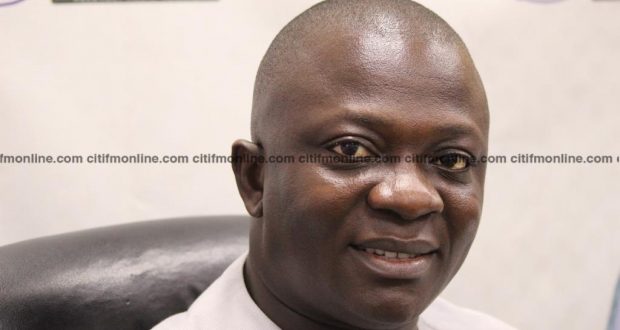 The Minister of State at the Ministry for Interior, Bryan Acheampong says the country’s security agencies are well-prepared for the 2020 presidential and parliamentary polls.

Mr. Acheampong insists the government has provided all the needs of the security agencies for the upcoming polls.

He made this known on Sunday, November 22, 2020, when he accompanied President Akufo-Addo on his tour of the Eastern Region.

“We once had a bye-election in Atiwa and criminals were brought here to come and distract the elections but I assure that under president Akufo-Addo there won’t be any intimidation during elections. I also assure you that, the government has enough security personnel to protect us all before, during, and after the 2020 polls. So nobody would be able to intimidate or engage in violent acts because of elections.”

“So this election, I assure Ghanaians that, the government and the security agencies are well-prepared to protect the nation. So nobody should be afraid of going to exercise their fundamental right of going to vote.”

The Minister further urged the people of the Region and Ghanaians to renew the mandate of President Akufo-Addo in the polls.

“President Akufo-Addo is your own. We all can attest to the good works he has done for us and the country at large. The votes we gave him the last four years must be doubled. In this COVID-19, he has shown  compassion to us all by giving us free water and free electricity among other things.”

The Inspector-General of the Ghana Police Service, James Oppong-Boanuh has also assured Ghanaians that the service will provide adequate security at all polling centres across the country on December 7.

Mr. Oppong-Boanuh noted that they identified various flashpoints in the region and are going to put in place adequate security on election day.

“The amount of security we provide here is the standard security but if you look at a place like Banda, we would have to beef up security in that area.”

“So definitely, those flashpoints are going to be properly protected. Fortunately, we have had the registration as a form of rehearsal and it has helped us to identify the hotspots that would require special protection on the election day,” he said.