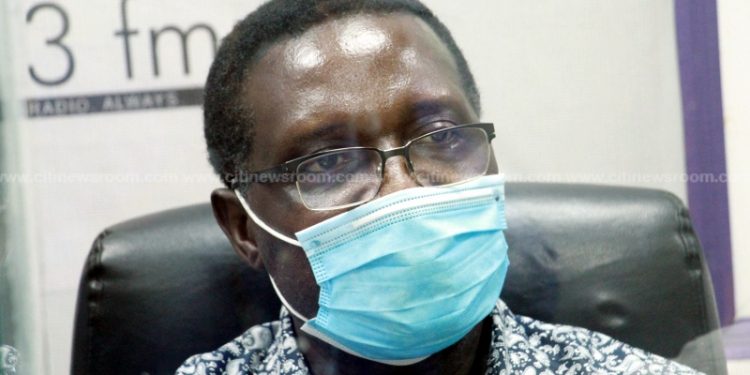 Mahama had insisted that he started the free SHS policy before Nana Akufo-Addo and the New Patriotic Party (NPP) took over governance of the country on January 7, 2017.

But speaking on Eyewitness News, Dr Adutwum said the debate on who began the policy does not deserve the attention it has been given.

“We should not even be responding to him [Mahama]. The media is fully aware of who started free SHS in Ghana, so this shouldn’t be a debate. He claims he started the programme at the time when under his watch, 29% of students who were placed in Senior High Schools could not afford to go. If it was free, why didn’t they go?”

“461,000 students sat for the Basic Education Certificate Examination in 2015, only 285,000 showed up in school. If Senior High School was free, why didn’t the rest show up? What prevented them from going to school if not for financial constraints? High school obviously was not free. Why will President Mahama even say this?” he queried.

He further indicated that John Mahama’s supposed comprehensively free education was totally different from the one implemented by President Akufo-Addo.

“You come out with a GHS48 stipend which was supposed to relieve the day students in terms of the dues that they were paying, meanwhile, 70% of secondary school students are borders, how then can you talk about bringing free Senior High School when about 70% of the students did not feel the impact?”

“And even with that stipend, his government, unfortunately, was not forthcoming with the funds. You can enquire from the heads of the schools. The progressively free SHS subsidy was not even paid,” he added.

The Deputy Education Minister said it is unacceptable for former president John Mahama to put his name on government initiatives in a bid to canvass for votes.

“The bottom line is that there is a difference between what he started and what Nana Akufo-Addo started. This is a simple issue, you can take credit for what you started, but don’t come and take credit for what somebody else has done, which is comprehensively free education in Ghana, when did President Mahama do that?”

Meanwhile, the President, Nana Addo Dankwa Akufo-Addo says he is shocked at claims by former President John Mahama, that he introduced the free Senior High School programme in 2015.

Addressing drivers at the Odorkor Lorry station on Wednesday, November 25, 2020, as part of his tour of the Greater Accra Region, President Akufo-Addo cautioned Mahama to desist from taking credit for a policy he opposed.