The Coalition of Domestic Election Observers (CODEO) in its close of polls statements has reported 235 cases of various incidents from all the 4,000 polling stations where it deployed observers.

The reported incidents include intimidation/harassment; violation of COVID-19 health and safety protocols, violence of various kinds, unauthorized persons at polling stations, and malfunctioning of biometric devices.

CODEO reports of the arrest of its observer who was stationed at the Open Space Cocoa Shed Polling Station in Kassem in the Asutifi South constituency in the Ahafo Region.

It further called on the Election Security Taskforce, particularly the Ahafo Regional Command to facilitate the speedy processing of the CODEO observer, so he can quickly be released to complete his observation assignment.

As of 7:00 PM, CODEO had recorded 235 cases of various incidents from all the 4,000 polling stations where it deployed observers.

The top five of these reported incidents are intimidation/harassment; violation of COVID-19 health and safety protocols; the violence of various kinds; unauthorized persons at polling stations; and malfunctioning of biometric devices.

At the Open Space Cocoa Shed Polling Station in Kassem in the Asutifi South Constituency in the Ahafo Region, unauthorized persons burnt the ballot papers just before counting began around 6:00 PM. The security agency was called in and they made some arrests. Unfortunately, the CODEO observer stationed at that polling station got arrested and is currently in Police custody at Goaso Police Command.

At Temp Booth Anomangye Pole Ase, Suame, a reported brawl between a supporter of the incumbent MP and that of the independent candidate resulted in a fight, which disrupted the electoral process for some minutes. The issue was resolved by security reinforcement.

In Just Love International School, Abankrom 1, in Obuasi West constituency, the NDC observers intimidated the Presiding Officer in the quest to interrogate why the polling officer made the party agents stand at a far distance.

At Temporal Booth Yamfo 1, Tano North, at 11:47 AM the ballot issuer (who happens to be a lady) was caught hiding three stamped ballot papers. The voters present broke into the cordoned area the EC has created and beat her up. The ballot issuer was arrested alongside a voter who was harassing a soldier.

At Baaba Latif Polling station at new Zongo, Asawase Constituency in the Ashanti, a young man in possession of thumb-printed ballot papers was caught by the EC officials and handed over to the police.

At Orion Cinema, Klottey Korle Constituency in the Greater Accra Region, the EC officials caught a lady, with thumb printed ballot papers are hidden in her underwear and handed her over to the Police.

CODEO observers reported that election officials generally validated ballot papers before they were issued to voters.

No unauthorized persons were allowed to be present during voting at almost all polling stations.

The Election Observers reported that no major incident of harassment and intimidation of voters or polling officials was recorded at 97.2% of polling stations.

Social distancing and handwashing were strictly enforced in 74.5% and 92.9%, respectively, of the polling stations.

In almost all polling stations, the fingers of voters were systematically marked with indelible ink.

Election Officials in 16.4% of polling stations turned away voters who were not wearing face masks.

Overall, 47.3% of CODEO observers described problems that may have occurred during the voting process as minor, 0.6% described such problems as a major, while 52.2% did not witness any problem at their assigned polling stations.

CODEO is continuing to observe the counting of ballots at polling stations, constituency and national collation centers.

CODEO continues to receive information on vote count from its nationally deployed
observers and will update the public on new and additional information it receives from its PVT
observers.

Also, CODEO will be releasing a more detailed preliminary statement on the conduct of
the elections as occurred on Monday, December 7, 2020.

CODEO also appeals to all Ghanaians to continue to remain calm, be law-abiding, continue to respect the COVID-19 safety protocols, and be measured in their reaction to results being announced from the polling stations, constituency, and the national collation centers. Ghana needs each and everyone alive. 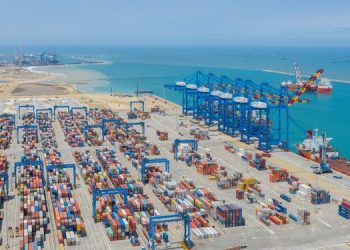