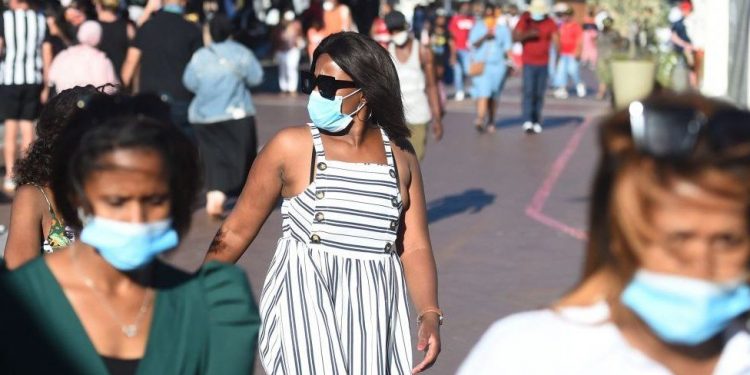 South Africa has become the first country on the continent to register more than one million Covid-19 cases.

It comes just days after authorities confirmed that a new, faster-spreading, coronavirus variant had been detected.

Some hospitals and medical centres have reported a huge rise in admissions, putting a heavy strain on resources.

The latest milestone was announced on Sunday by South Africa’s Health Minister, Zweli Mkhize. The country has now confirmed 1,004,413 Covid-19 infections and 26,735 deaths since the outbreak began in March.

Last week, South Africa recorded a daily average of 11,700 new infections – a rise of 39% on the previous week – and from Wednesday to Friday, the daily number of new cases was above 14,000.

A new coronavirus variant – known as 501.V2 – is believed to be driving the surge in infections. It was identified by a network of South African scientists in the Eastern Cape province and then rapidly spread to other parts of the country.

Earlier this week, the UK banned travel from South Africa because of the new variant. Another new Covid variant has already been detected in the UK, although they have evolved separately.

Both have a mutation – called N501Y – which is in a crucial part of the virus that it uses to infect the body’s cells, but appear unrelated to each other.

In other Covid developments around the world;

The ambulance service in the UK capital, London, received as many emergency calls on Saturday as it did at the height of the first wave of the pandemic, the BBC has learned. The new variant is said to be the cause of the increased demand.

Japan imposed a ban on most non-resident foreign nationals entering the country following confirmation of its first cases of the new variant that emerged in the UK. The ban will remain in place until at least the end of January. On Saturday, Japan registered a record of 3,881 infections including a new record for the capital, Tokyo, of 949.

The European Union has begun a co-ordinated vaccine rollout, in what the bloc’s most senior official said was a “touching moment of unity”. European Commission President Ursula von der Leyen said the Pfizer-BioNTech vaccine had been delivered to all 27 member states.

Some countries began administering the jabs on Saturday, saying they were not prepared to wait another day.

South Korea reported its first cases of the UK variant in three people who arrived from London on 22 December, the Korea Disease Control and Prevention Agency said on Monday