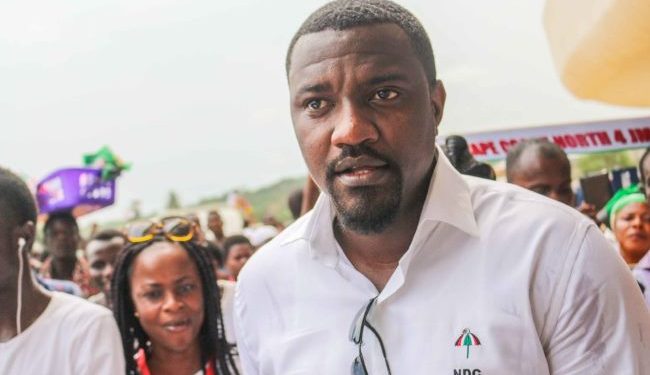 The National Democratic Congress’ (NDC) parliamentary candidate for the Ayawaso West Wuogon, John Dumelo is demanding a halt of the voting process at the GIMPA polling Station 1 in the constituency due to the absence of indelible ink.

The candidate believes the process could be marred if voters are not made to use the indelible ink before casting their ballot.

“I suggest that they stop the whole process and let them get the ink before they continue. The indelible ink is the surest way to know that one has voted or not?”

Mr. John Dumelo resoundingly polled 758 votes to become the NDC candidate for the constituency as against his only contender, Madam Adoboe who managed with a paltry 99 votes in the NDC primaries.

Madam Lydia Alhassan on the other hand ran unopposed.

The NPP has held the Ayawaso West Wuogon parliamentary seat since 2000.

Both candidates represented their parties as polling agents in the special voting exercise held on Tuesday, December 1, 2020.

It was unclear what might have informed their decision. Some had however suggested that the move was to afford the duo the opportunity to familiarize themselves with the electoral processes ahead of the general elections.