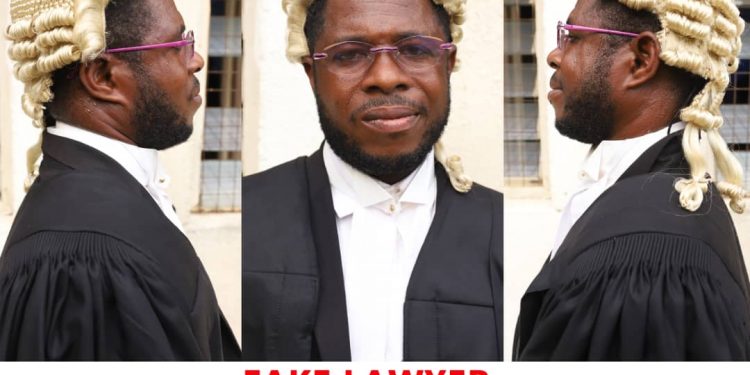 The Criminal Investigation Department (CID) of the Ghana Police Service has apprehended one Dennis Seyram Benson who has been parading himself as the legal counsel of the separatist group, Western Togoland.

Benson, 42 was arrested today, Thursday, December 17, 2020, at the Kaneshie District Court 2 when he appeared to represent the separatists in their ongoing trial.

Information from the police indicates that he was arrested due to his suspicious demeanour at the law court.

The Police in its statement said it was compelled to probe the background due to his only to find out that he was fake.

Benson is currently in police custody helping with investigations.

It will be recalled that in October 2020, the State re-arraigned the alleged separatists suspected of being behind violence in parts of the Volta Region only hours after they were discharged by Circuit Courts in Accra.

The Prosecutor told the court that the State withdrew the charges to enable it to bring all of them into one courtroom under a consolidated case.

Under an amended charge sheet, the State said it had no jurisdiction to grant the suspects bail since the crimes were not committed within the authority area of the court.

The group wants a part of the Volta Region to be an autonomous country known as Western Togoland.

Here is the full statement by the Police

“The Criminal Investigation Department (CID) has arrested suspect Dennis Seyram Benson who parades himself’ as a lawyer for the suspects involved in the ongoing Western Togoland case.

He was arrested today, Thursday 17111 December 2020 at the Kaneshie District Court “2”, when he appeared for his clients.

Suspect has been representing his clients from the inception of the said case from September 2020.

His demeanor aroused suspicion which made the Police to investigate his background, and it turned out that he was not a lawyer.

The suspect is a 42-year-old man and presently in Police custody assisting investigation.”

INSTEPR’s 2021 outlook and expectations in the energy sector [Article]

INSTEPR's 2021 outlook and expectations in the energy sector [Article]