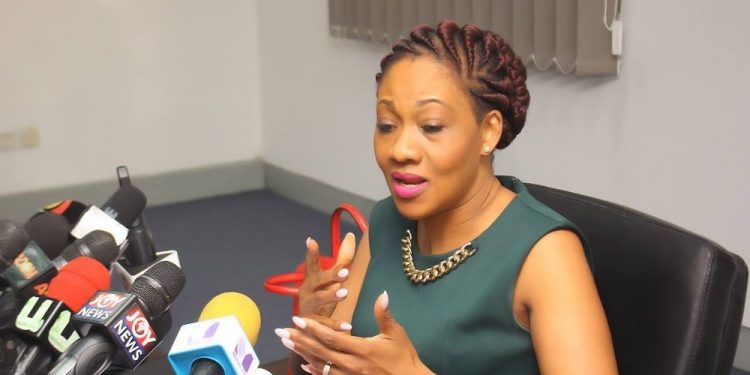 The Electoral Commission (EC) says contrary to claims that the Chairperson, Jean Mensa had travelled abroad, she is in the country and still at post.

It said the Chairperson and all the Commissioners are still delivering on their constitutional mandate.

Reports in a section of the media indicated that the EC boss flew out of the country after declaring the results of the presidential elections on Wednesday, December 9, 2020.

It is unclear where the reports emanated from but the Commission in a statement said, “We wish to state that Mrs. Jean Mensa, the Chairperson of the Electoral Commission, as well as all the Commissioners are at post discharging their legally mandated duties.” 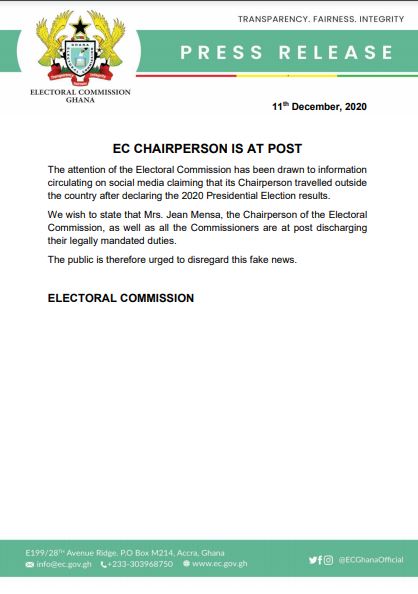 The Chairperson of the EC, Jean Mensah on Wednesday declared the New Patriotic Party’s (NPP) Presidential candidate, Nana Akufo-Addo as president-elect after a keenly contested election.

His closest contender, John Mahama of the National Democratic Congress (NDC) came second in the poll whose results the latter is challenging.

Dear Government of Ghana, Show us that you care about issues that affect women [Article]

Only a court can resolve your election grievances – CDD to Mahama

Only a court can resolve your election grievances - CDD to Mahama