Joel Yamoah writes: US polls; voters were misinformed and they want to change their vote 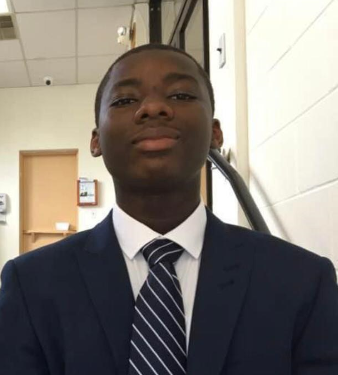 A person is smart; people are dumb. The simple quote from an old cheesy sci-fi film “Men in Black” sadly encapsulates perfectly the political landscape of America today. The masses are easily controlled and do not dig deeper into the candidates they supposedly champion. Herded like sheep or much rather, driven like horses with blinders on seeing only what the mainstream media wants them to see, experience and think, those who had voted for Joe Biden, believed they had done it for a myriad of factors in which they believed they had reached on their own volition without the outside interference of the tech monopolies.

But that could not have been much further from the truth. If America was a desert, the media would be the mirage, the oasis and calm in the trumped-up trump sandstorm. I equate the media to a mirage because just like a mirage, what you see, is not necessarily what you are getting. The media disillusioned the masses with cleverly worded articles designed to misdirect the reader and chyrons that repeated indoctrinating mantras wherein the validity of the statements made by the so-called news anchormen are never actually challenged by so-called “
fact-checkers”.

A whole mass of people are easily controlled, manipulated through the use of sensationalism and with that their votes, are harvested like bananas from banana trees when the season( November 4) comes. This election cycle will be an election cycle that should never be stamped out from the mind of anyone who truly values the electoral process. Or even wishes to give credence to the form of government our founding fathers wished to have upon us.

Already we have strayed quite far from how our government was supposed to function. People no longer make it their civic duty to be as well informed about the going ons of our political landscape. Our journalists instead of being the dam that holds back and filters out our civil servants have been the floodgates that let loose almost biblical torrential downpours of pure lies, sometimes flat out propaganda which then forces the hands of young impressionable voters to make extremely misguided and misinformed decisions which lead to where we are at today.

A large group of voters from the Biden camp when faced with the reality, when the mirage dissipates, when they have to stare hard and long at his actual track record. At the track record of his family, at the track record he had as a Senator, at the lies, he told about his involvement in the civil rights movement, his sexual assault scandals, the complaints many of his secretaries and women who had worked for him made, all calmly and calculatedly swept under the rug.

When finally after the dust from the sandstorm settles, and all are trampled underneath, and all is laid bare in its disgusting naked glory. The masses are dumbfounded. they are awestruck. How did this happen? They asked themselves. If only I knew… the 4 words that follow every single bad mistake man has ever created. But the scary thing is you did know.

It was right in your face. It was plastered over many screens. The so-called Hacks and biased news reporting that told you all of this information about Biden, the lies he told about himself and the lies he told to you. All of them were plastered on Facebook, Youtube, Twitter and in mere seconds, the media giants circumvented the news.

They led you to fact-checkers and you bought the snake oil that the snake oil salesmen were selling you. Independent research from the Media Research Center proves my hypothesis, the media finessed the masses and led them to vote for a candidate whose ideologies don’t necessarily match up with theirs.

Joe Biden has had a shady past of dealings, skeletons that were well hidden in a deep dark senatorial closet that begged to come to light. Tara Reade wanted a voice as well to voice her allegations, she wanted to be heard, the millions of civilians who had died in Iraq, Iran, Afghanistan, the millions of soldiers stuck in an oil quagmire, hopping from war to war feeding the military-industrial complex. When asked simple questions ranging from Biden’s terrible foreign policy to his scandals, the results ranged from 25.3 % to 45.1% being extremely unaware of the topics at hand in regards to Biden.

And on average in situations concerning Trump and his handling of the economy and the country during crises, like operation warp speed, and U.S energy Independence all the way to the 33.1% economic growth. Roughly 50% were unaware of the nuances of the situation or aware of those topics anyway a grand total of 17% reported if they had known of these issues and topics surrounding Biden and his track record or Trump and his track record, they would have shifted away from Biden.

17% is a large percentage in the grand scheme of things, 17 percent, in theory, would have won Trump, Pennsylvania, Michigan, Georgia, Arizona, Wisconsin, Nevada enough for the major victory predicted by him and his camp.

And that percentage came from a small select group used to conduct this study. What would have happened if the entire masses knew of the truth. The questionable things on Hunter Biden’s laptop wherein the family sold away favours putting America last so they can be first.What if the masses had known of the serious and corroborated sexual assault allegations against Biden. No quote on quote news anchorperson ever truly forced the topic on Biden or made Biden answer for those claims.

What if the masses had been made aware that Biden had been part of the group that called black people super predators, that Biden called desegregation the creation of a “racial jungle” What if more voters were made privy to all of the allegations against the Biden family. The fact that they run a money-laundering scheme in the form of a research charity. What if they were enlightened and knew of the record-setting achievements we as a nation have made in the past 4 years. Would more people have been chanting 4 more years for Donald Trump?

We may never truly know because the media played its role very well as a stage master, making sure the public never truly understood where America stood on a global scale. Making sure that Americans never truly grasped that our President although brazen and rude with a large disregard for other cultures and countries, had made sure in all his global dealings, America came first. And that’s how we reached the current climate we are in now.

The reason countries have a problem with our President, is because we no longer engage in unfavourable dealings that force us to Police sectors of the world. The media won’t tell you this, but Americans are not the world police, nor are we the world’s mother.

America should come first, not the private monopolies that back you and your senatorial races. It’s evident that media interference in the exchange of information, ideas, news, gossip played a larger role in Joe Biden’s “meteoric” landslide victories in key battleground states.

Media interference and lack of the common people’s will to actually think for themselves, to actually become contrarians in our fast-paced society. led to misinformation easily replacing the truth, which then led to this quagmire of a situation wherein there really is no clear definitive winner.

The media has solidified itself as the enemy of the people, to use a quote from the news anchorman for CNN Chris Cuomo when he thought he was having a private call. “ the media is not your friend.”

It goes to show you although they tell you that they are the truth and the be all end all. In private conversations, they admit to the fact that they are deceiving the American people. This fictitious situation we are all in can be and should be attributed solely to the misinformation given by the mainstream media.

Rebecca Akufo-Addo writes: In love with my husband and country