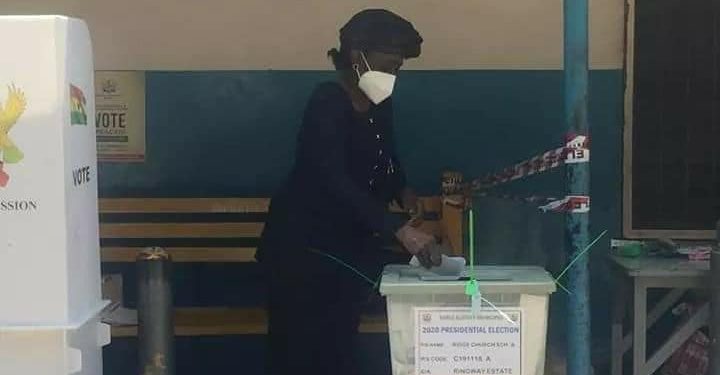 The Presidential Candidate of the National Democratic Party (NDP), Nana Konadu Agyeman-Rawlings has commended the Electoral Commission (EC) for conducting a smooth election.

Speaking to Citi News, she said the electoral process was far better than “we have ever seen.”

Commenting on the EC’s commitment to declare results of the general election 24 hours after the close of polls, the former First Lady said: “If they are dong electronic voting, I do not see how it cannot be done in 24 hours.”

She also said the Electoral Commissioner, Jean Mensa, has been “very systematic in whatever she is doing. I have no complaints about her at all.

Polls opened at 7 am and closed at 5 pm on December 7 at most of the 36,622 polling stations nationwide.

It saw about 17 million Ghanaians cast their ballots for their preferred presidential and parliamentary candidates.

The process was generally smooth but for some 235 irregularities reported by the Coalition of Domestic Election Observers (CODEO) in some polling stations.

I will shock my political opponents – Osofo Kyiri Abosom