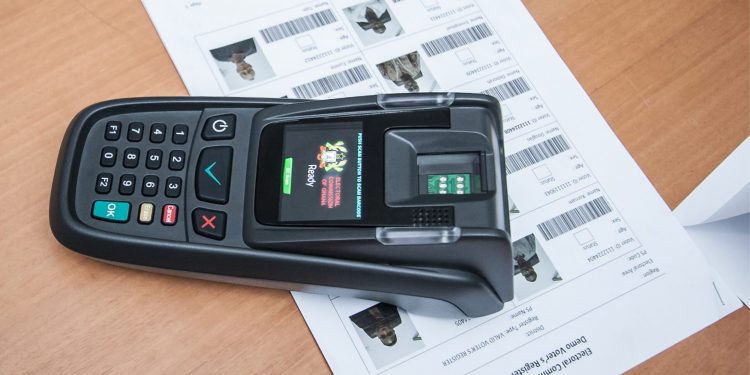 The opposition National Democratic Congress (NDC) is claiming a deliberate attempt by election officers to deactivate all Biometric Verification Devices (BVDs) used in the conduct of the 2020 parliamentary and presidential elections.

The allegation comes on the back of the party’s strong resolve to contest the credibility of the just-ended polls following its outright rejection of the results as declared by the Electoral Commission (EC).

In a statement signed by the NDC’s Director of Elections, Elvis Afriyie Ankrah, the party said it is reliably informed the Commission upon instructions is set to deactivate the BVDs in contravention to electoral laws.

“It has come to the attention of the National Democratic Congress that the Electoral Commission through Dr. Yaw Ofori Adjei has directed that all biometric devices used in the 2020 Presidential and Parliamentary Elections should be deactivated. This directive is illegal because Regulation 47 (3) of CI 127 states that “The Commission shall, subject to the provisions of these Regulations, (a) retain for a year, documents forwarded to the Commission; and (b) destroy the documents after a year unless otherwise directed by a court”, portions of the statement said.

The party further argued that unless otherwise directed by a court of competent jurisdiction, all records related to elections must be retained and preserved for a period of one year.

“It is public knowledge that we in the NDC have disputed the election results. We, therefore, view this illegal directive to deactivate all biometric devices as a deliberate attempt to destroy evidence related to the non-verification of voters in the elections. We wish to serve notice that this directive is illegal and constitutes an electoral offence punishable, upon conviction, by two years imprisonment or five hundred penalty units or both”, the party added.

Meanwhile, the NDC has asked the EC to preserve all relevant documents related to the elections as required by law adding that  “all electoral officers who disobey this unlawful directive or face prosecution.”

Described the election results announced by the EC as “fictionalised”, Mr. Mahama said the party will audit the outcomes of the poll to inform its next step adding that the EC must ensure to keep data used for the election for one year in accordance with the law.

“In order not to leave any further infractions unaccounted for, the NDC will continue its meticulous audit of all presidential pink sheets to ensure that the verdict of the people is upheld. These steps will surely lead to our next line of actions within the constraints of our democratic governance process. We want to send a caution to the EC that in line with Regulation 47 of CI 127, they should ensure that election data is preserved for a year, after elections”, he said.