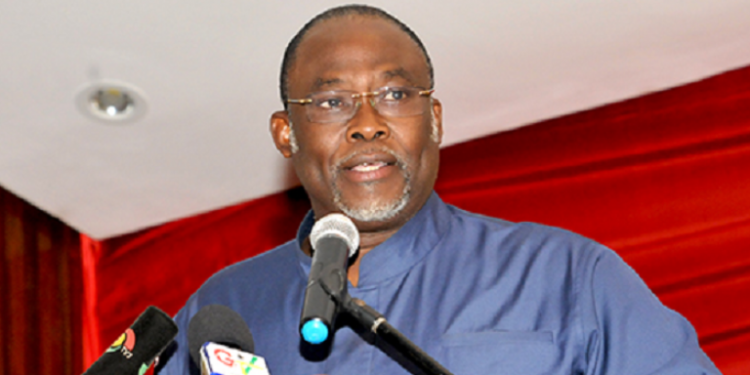 A former Minister for Trade and Industry, Ekwow Spio-Garbrah, says the National Democratic Congress (NDC) was never against the idea of the implementation of Free Senior High School (SHS) education in the country.

According to the Co-Chairman of the Communications Committee of the NDC, the party only exposed the difficulty in implementing such a policy.

In an interview on Face to Face on Citi TV, he said: “We didn’t tag free SHS as something that is not desirable. We only said it was going to be difficult to implement. The NPP had a good policy, difficult implementation.”

“Most parents thought they will implement it all at once in the first year. But they could not do all of them. They did one year at a time. So that was not a reflection of what they said. They even had to roll out the double-track system just to implement the policy. There is nothing wrong with that. But they could have been a little bit frank with us that this is how they will roll it out,” he added.

“It is always a good idea to make education as good as possible and progressively. As a Deputy Education Minister then, I saw the implementation of the FCUBE programme which was available to all children. Mahama started a free education programme. The only thing is that it was not branded as such during his time.”

He also said the Senior High School education in the country is not absolutely free.

“We cannot say the SHS education we are seeing now is totally free. Ask yourself who pays for the chop boxes and the other items the students take to school? So the parents make some sort of commitments. If chop boxes and trunks are also provided by the government as is seen in other countries, then we can say the SHS education is totally free. In fact, some of these countries even supply free laptops to students. So this free thing is a matter of definition.”

There has been a heated debate in Ghana following John Mahama’s claim that he was the first to start the free SHS policy.

Reacting to this, the Vice President of Ghana, Dr Mahamudu Bawumia said the erstwhile NDC government created over 40 adverts in an attempt to destroy the policy promise by the New Patriotic Party.

“He had initially tried all means to stop the implementation of the policy in the country. They even went to the Supreme Court to stop free SHS. They ran over 40 adverts against free SHS. Today the NDC and their flagbearer are looking at us and saying that they started free SHS.”

Ecobank intensifies the fight against diabetes across West Africa