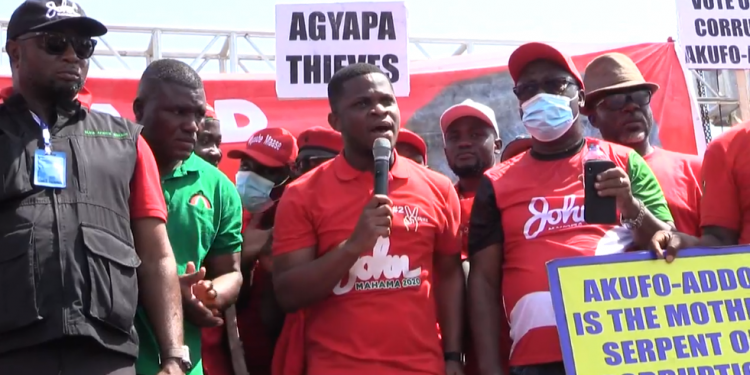 The Director of Communications of the National Democratic Congress (NDC), Sammy Gyamfi has called on Ghanaians to vote massively for the party in the general election.

He made the call at the NDC’s town hall meeting held in the Central Regional capital, Cape Coast.

Sammy Gyamfi said the NPP government which had been characterised by nepotism and corruption should be voted out of power to pave way for a better government.

He also urged NDC supporters and sympathisers to be vigilant and protect the ballot boxes by staying at the polling stations after casting their votes in order to avoid rigging.

The NDC’s Presidential Candidate, John Dramani Mahama has made similar calls for supporters to fiercely protect the ballot boxes to ensure that their votes count.

The former President has also indicated that the NDC will fiercely resist any attempts to disrupt the polls.

“I urge that we all maintain the peace. We’re not violent people but on election day we must make sure that nobody comes and disrupts the voting process in our polling stations.”

“The ballot box is in your care, everybody must work to protect the ballot box. Don’t let anybody come and disrupt voting in your polling station and make your vote not to count.”