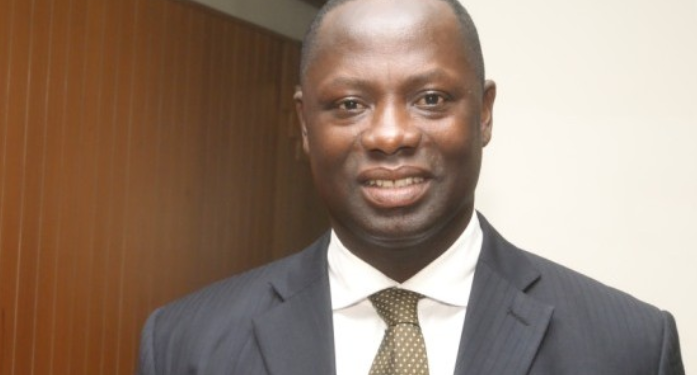 Despite the fact that he had already fought and won the Ellembelle seat on three occasions; 2008, 2012 and 2016, Ellembelle legislator, Emmanuel Armah-Kofi Buah will have a lot to remember and thank God for, following his 2020 victory.

At the latter part of the campaign, the New Patriotic Party’s (NPP) Yaw Osafo Marfo, the Senior Minister; Eunice Buah, Council of State Member representing Western Region and Freddie Blay, National Chairman of the NPP essentially pitched camp in the Ellembelle constituency and strategized to cause the defeat of Armah-Kofi Buah.

The presence of these three stalwarts of the New Patriotic Party in the Ellembelle constituency to campaign vigorously for the party and its parliamentary candidate, Kwasi Bonzoh still did not save them from another heavy defeat by the incumbent Member of Parliament for Ellembelle, Emmanuel Armah-Kofi Buah.

The objective of the three NPP kingpins was to promote and enhance the chances of the NPP Parliamentary candidate, Kwasi Bonzoh to secure victory and ultimately see the back of the three-term MP, Emmanuel Armah-Kofi Buah from Parliament.

Freddie Blay, himself, the first to suffer a defeat from Armah-Kofi Buah in 2008, gave a hint of the planned path towards the downfall of Emmanuel Armah-Kofi Buah when he handed over an astroturf football pitch, built by Ghana National Petroleum Corporation, GNPC, to Karela Football Club at Aiyinasi in the constituency.

At the handing over of the facility to Karela through the Ellembelle District Chief Executive, Kwasi Bonzoh,  who is was also the NPP Parliamentary candidate for Ellembelle, he categorically stated that he was handing over the Astroturf to the DCE for him to snatch the Ellembelle seat from Emmanuel Armah Kofi Buah.

On her part, the Western Regional representative on the Council of the State, Eunice Buah decided to use her resources to woo traditional authorities to support the NPP ahead of the December elections.

In line with that, she put up a magnificent traditional palace for Nzema Manle Traditional Council just close to the Aya Elderly Care Center established by Kofi-Buah at Ampain.

The soon-to-be meeting point Nzema Manle Traditional Council was even inspected by President Akufo-Addo during his campaign visit to Western Region.

Campaigns in Ellembelle by these important figures of the NPP were also supported by strategic campaigns by key NPP influencers like Sammy Awuku, the National Organizer; and John Boadu, the General Secretary of the NPP, all meant to make sure Armah-Kofi Buah falls.

While all these were going on, Emmanuel Armah-Kofi Buah, known by his admirers as the ‘action man’, did not despair, but demonstrated courage and characteristically mounted a sophisticated campaign which gave him a landslide victory over his opponent Kwasi Bonzoh who was contesting him for the third time.

When early polling station results from Essiama Secondary Technical 1 witnessed by Citi News all went in favour of the NPP and Kwasi Bonzoh, it looked like a win for Bonzoh’s supporters but that joy was short-lived.

Armah-Kofi Buah, the incumbent MP, at the end of the December 7, parliamentary elections, defeated his three-time contender with over 8,184 difference gap.

This established a clear win and avoided any controversy about the final victor.

The former Minister for Petroleum equally assisted in extending widely the margin of the votes obtained by former President John Dramani Mahama in the 2020 polls as against the figures he garnered in the previous 2016 general elections.

Addressing the constituents shortly after being declared the winner, the MP said “all those who were plotting to cause my downfall did not take into account that they were dealing with a man who had done roads, built health facilities (32),  schools (36),  provided communities with electricity(20) and many infrastructure projects to improve development in Ellembelle and by extension Nzema.”

He explained that he could have disagreed with his detractors, but only waited with bated breath for the outcome of the December polls so that they themselves would realize they came up against a hard rock.

Buah promised to use the next four years to open up Ellembelle, grow the local economy, create opportunities for the people and expand jobs through his vocational skills training module introduced during the NDC administration.

While showing gratitude for the sacrifices people made for his win, including what he termed as “painful loss of lives” following the killing of two and injury of several his supporters after a car run over them, Armah-Kofi Buah assured his constituents of his determination to constantly make them proud  in the house of Parliament and in local development.

He has also been credited as the first MP to put up an elderly care center known as (AYA) in his constituency to take care of aged persons.

Emmanuel Armah-Kofi Buah has also been acknowledged by many as the first politician to have introduced a Food Bank program in his constituency to offer free delivery of food to the poor and vulnerable families who required the services of the Food Bank.

He also played a role in determining the solid candidates required to lead the NDC into the December 2020 elections in the Jomoro constituency and Evalue Ajomoro Gwira constituency; both of whom gave the NDC.

When Kofi Arko Nokoe, the MP-elect for Evalue Ajomoro Gwira constituency was being muscled out of the NDC primaries,  Emmanuel Armah-Kofi Buah, stood his grounds and defended.

In Jomoro, where there were attempts to force other candidates on delegates during the primaries, Emmanuel Armah-Kofi Buah stepped in again. Eventually, Dorcas  Affo Tofey, emerged victorious as the MP-elect for Jomoro.

In Jomoro again, he stepped in to unite the party when it became clear that there were cracks that could derail the NDC’s victory.

Dorcas Affo Tofey went ahead after the unity to beat the NPP candidate, Paul Essien in the December polls.

In government,  Emmanuel Armah Kofi Buah, as Minister for Energy,  negotiated and secured all the power deals that eventually halted power outages in the country before subsequently being made Minister for Petroleum where he again led the development of the first Gas Master Plan (GMP) rolled out to streamline activities in the country’s petroleum sector.

Kofi Buah is again credited as the Minister whose era brought Ghana Gas , Eni and Quantum LPG to the Nzema area.

With these achievements, many of his constituents say he has made the NDC attractive in Western Region and across the country.