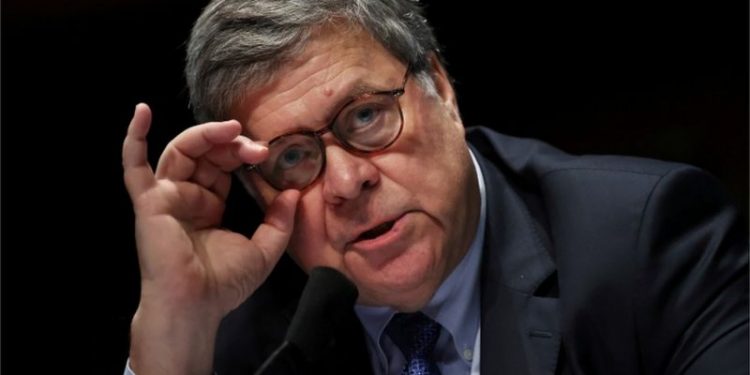 US Attorney General William Barr says his justice department has found no proof to back President Donald Trump’s claims of fraud in the 2020 election.

“To date, we have not seen fraud on a scale that could have effected a different outcome in the election,” he said.

His comments are seen as a big blow to Mr Trump, who has not accepted defeat.

He and his campaign have filed lawsuits in states that he lost, as they begin certifying Joe Biden as the winner.

President-elect Biden defeated the incumbent Mr Trump by a margin of 306 to 232 votes in the US electoral college, which chooses the US president. And in the popular vote, Mr Biden won at least 6.2 million more votes than Mr Trump.

Since 3 November’s election, Mr Trump has repeatedly made unsubstantiated claims of widespread voter fraud, and members of his legal defence team have spoken of an alleged international plot to hand Mr Biden the win. On Tuesday, after Mr Barr’s statements were released, the president tweeted several times alluding to voter fraud, again without proof.

A DOJ spokesperson later stressed the department had not concluded its investigation and would continue to “receive and vigorously pursue all specific and credible allegations of fraud as expeditiously as possible”.

Last month, Mr Barr issued an order to US attorneys, allowing them to pursue any “substantial allegations” of voting irregularities, before the 2020 presidential election was certified.

“There’s a growing tendency to use the criminal justice system as sort of a default fix-all, and people don’t like something they want the Department of Justice to come in and ‘investigate,'” he added. He also told the AP that he had appointed a veteran prosecutor to continue investigating the origins of special counsel Robert Mueller’s probe into alleged election meddling.

Reacting to his comments, Trump campaign lawyers Rudy Giuliani and Jenna Ellis said in a joint statement: “With the greatest respect to the Attorney General, his opinion appears to be without any knowledge or investigation of the substantial irregularities and evidence of systemic fraud.”

Meanwhile, Senate Democratic leader Chuck Schumer said of Mr Barr’s statement: “I guess he’s the next one to be fired.”

Profits not a priority in introduction of quadricycles - CODA