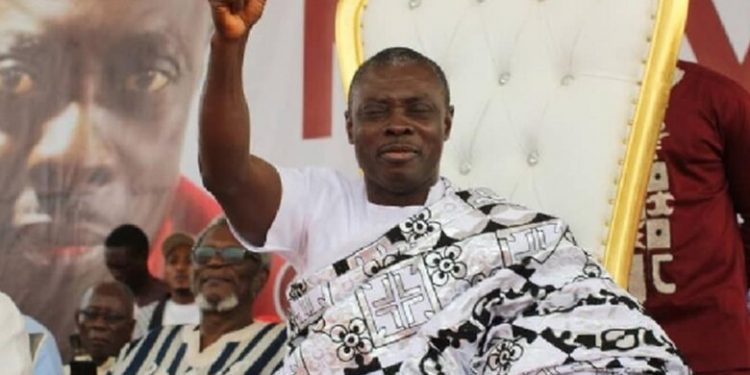 He emerged the third force in the 2020 presidential polls as predicted by many pre-election surveys.

In an interview with Citi News, Mr. Kwabena Andrews admitted that his party could not win the 2020 elections due to the limited time it had for campaigning.

“When you look at the timeframe for the work done and the way we campaigned because of the COVID-19 situation, the President didn’t allow us to campaign. We used just about eight months to campaign, unlike the other parties which have been in existence for over 30 or 40 years. So we were going into it to capture certain areas but time was not on our side.”

He is however confident of doing more exploits in the next general election to be conducted in 2024.

“The little that we were able to do brought this great record. So if it happened that we started earlier for people to hear us, we would have definitely gone far than what we did. But definitely, I know that we are going to begin very early. By next year, we will start things with four years of campaigning to reach somewhere. With three years, we can cover the whole country”, he promised.

The Electoral Commission has greatly done well. I will give them about 90 percent. I think that their processes have been excellent.

The GUM leader called President Nana Addo Dankwa Akufo-Addo to concede defeat even before the final declaration of the polls.

Over 3.5 million Ghanaians failed to vote in 2020 polls

Over 3.5 million Ghanaians failed to vote in 2020 polls