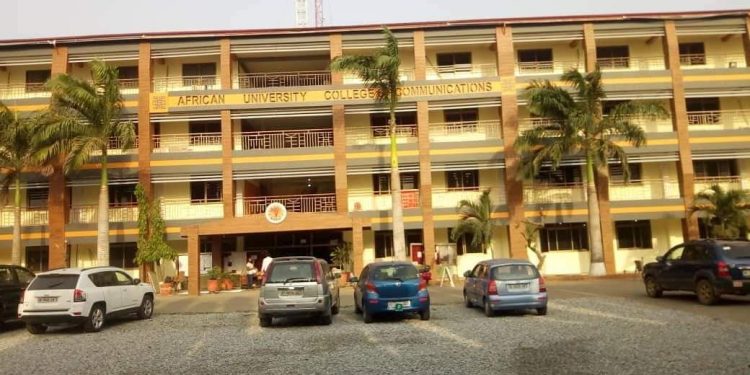 President of the Africa University College for Communication (AUCC), Dr. Christopher Akwaa-Mensah has called on stakeholders in the education sector to expand debates on the absorption of fees to include private universities.

He laments that private institutions have been as affected as the public tertiary institutions hence the need for government to support them with payment of staff through Social Security and National Insurance Trust (SSNIT) among others.

Speaking in an interview with Citi News,  Dr. Akwaa-Mensah said fees paid by students since the resumption of the long COVID-19 induced closure is woefully inadequate to cater for the losses incurred during the period.

“For us, the difficulty is that, the main source of revenue is the fees. So when we were locked down for 10 months, no income was coming. Now that they are coming in since the reopening in January, the fees they are paying is not enough to cover all the operational cost. So the debate should be expanded to cover private schools”.

The AUCC President, therefore, called on relevant authorities to consider the inclusion of private schools in any fees absorption initiative if any to ensure their survival like their public university counterparts.

“Now, they are only talking about public universities forgetting that the private ones also offer services to the nation. We employ a lot of people in this country. Even if one university is employing about 200, you will see the number we are employing. The debate has only been on only public universities, but I think we should expand it to cover private institutions”, he added.

Parliament will debate a motion pushing for the government to absorb fees of students in public tertiary institutions on Tuesday, January 26, 2021.

The National Democratic Congress (NDC) Caucus is supporting the motion with arguments that the suspension of the fees is necessary due to the economic hardship imposed on parents by the COVID-19 pandemic.

On the other side, the NPP holds the view that such a measure would be unnecessary because the government has already provided enough support and interventions in the area of education due to the pandemic.

Member of Parliament for Bawku Central, Mahama Ayariga tabled the motion before the house for the scrapping of university fees for the 2021/22 academic year.

He argued that this move is necessary to cushion parents against the impact of COVID-19.

The motion seeks to get the President to suspend the payment of fees in public tertiary educational institutions for a year due to the impact of COVID-19.

Mr. Ayariga cited the loss of jobs and economic instability brought on by the pandemic, describing his petition as a “condition of urgent public importance”.