Akufo-Addo, Bawumia to be sworn into office at noon 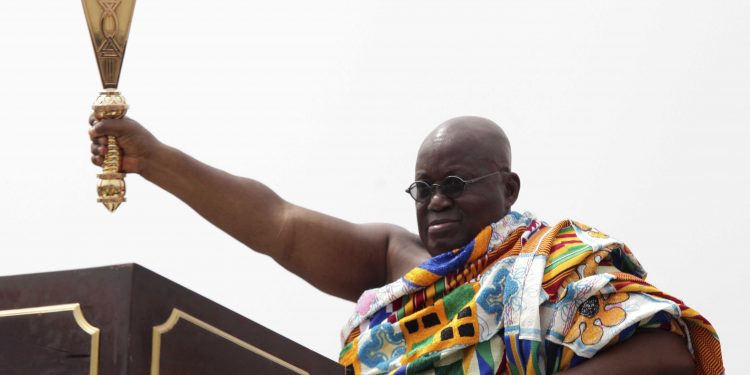 Nana Akufo-Addo and Dr. Mahamudu Bawumia will be sworn into office as President and Vice President of Ghana after midday today Thursday, January 7, 2021.

The two were initially scheduled to be sworn in at 10am before Parliament but that could not take place due to delays by parliament in selecting a speaker and deputies.

Article 57(3) of the 1992 Constitution states that “Before assuming office the President shall take and subscribe before Parliament the oath of allegiance and the presidential oath set out in the Second Schedule to this Constitution.”

Some have interpreted the dictate of the constitution as having the president-elect being sworn in anywhere parliament is convened and not necessarily within the precincts of the Parliament House.

For this reason, the swearing-in of newly elected presidents in recent times has been done at the Independence Square but following a proposal by the leadership of the 7th parliament, the swearing-in of Nana Akufo-Addo and Dr. Bawumia will take place within the precincts of the House of Parliament.

At least 13 African Heads of State are expected to be in attendance at the ceremony which is strictly by invitation.

President of Liberia, George Manneh Oppong Weah arrived in Ghana on Wednesday, January 6, 2021 ahead of the ceremony.

The event will also have in attendance members of the diplomatic corps.