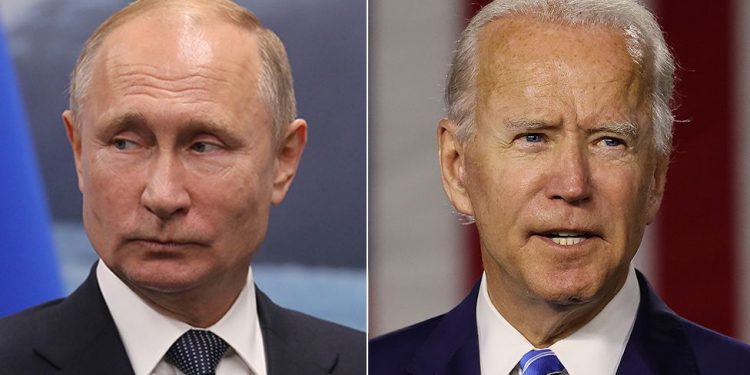 US President Joe Biden has warned Russian leader Vladimir Putin about election meddling in their first call as counterparts, the White House says.

The conversation included a discussion about the ongoing opposition protests in Russia and an extension of the last remaining US-Russia nuclear arms pact.

Mr Putin congratulated the new US president on winning the election, according to a Russian statement.

Both parties said they agreed to maintain contact moving forward.

Former US President Donald Trump sometimes undercut his own administration’s tough posture on Russia and was accused of being too deferential to Mr Putin.

But former President Barack Obama – under whom Mr Biden served as vice-president – was also criticised for failing to check the Kremlin as it annexed Crimea, invaded eastern Ukraine and muscled in on Syria.

“President Biden made clear that the United States will act firmly in defence of its national interests in response to actions by Russia that harm us or our allies,” a US statement said.

A White House readout of Tuesday afternoon’s call said that the two presidents also discussed the massive SolarWinds cyber-attack, which has been blamed on Moscow, reports that the Kremlin placed bounties on US soldiers in Afghanistan, and the poisoning of Russian opposition activist Alexei Navalny.

The Kremlin readout of the call did not refer to any points of friction the White House said had been raised by Mr Biden, who has in the past referred to Mr Putin as “a KGB thug”.

Russian officials said their president had “noted that the normalisation of relations between Russia and the United States would meet the interests of both countries and – taking into account their special responsibility for maintaining security and stability in the world – of the entire international community”.

“On the whole, the conversation between the leaders of Russia and the United States was of a business-like and frank nature,” the Kremlin statement added.

The two leaders appeared to seal an agreement to renew New Start, an Obama-era accord that limits the amounts of warheads, missiles and launchers in the US-Russian nuclear arsenals.

It was due to expire next month, and Mr Trump had refused to sign on.