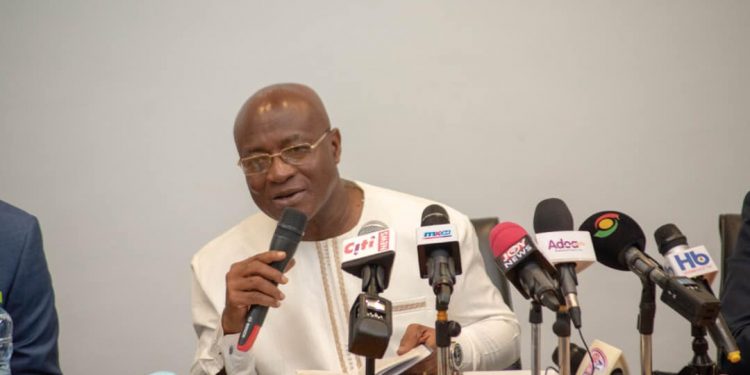 The Majority Leader, Osei Kyei-Mensah-Bonsu, has defended the integrity of the Seventh Parliament after a tenure marked by some allegations of corruption.

Responding to a question on the corruption allegations that hit Parliament, Mr. Kyei-Mensah-Bonsu, said there was nothing unique about the accusations levelled against it.

“Every Parliament since this Fourth Republic has had its own share of issues involving members or even the House, so it is not peculiar to this House.”

Mr. Kyei-Mensah-Bonsu, however, stressed that no MP was ever found to have engaged in corrupt acts.

“As far as how the record of the House is concerned, it has never been established that any Member of Parliament has been paid any bribe.”

He further suggested that questions about the integrity of the Seventh Parliament as it was about to dissolve were needless.

“Four years on, when you come to refer to bribery allegations in respect of members, I shudder to think of the motive.”

“It has been established that no such thing happened and when you keep referring to it as a bribery allegation. It has been settled so why do you go back to refer to it,” Mr. Kyei-Mensah-Bonsu added.

Right at the onset of this Parliament, it was notably hit by claims from the MP for Bawku Central, Mahama Ayariga, that members of the Appointments Committee had been bribed GHS3,000 each to approve the nomination of Boakye Agyarko as Energy Minister.

However, after almost two months of work, a five-member investigative committee said it found no evidence to back the claims.

There were also visa fraud allegations against three MPs saying they facilitated the illegal entry and stay of people they claimed to be their relatives in the UK.

The MP for Bia East Richard Acheampong, MP for Ntotroso Joseph Benhazin Dahah and the MP for Ahafo Ano South West Johnson Kwaku Adu had been cited in the claims.

There was no public resolution of the allegations.