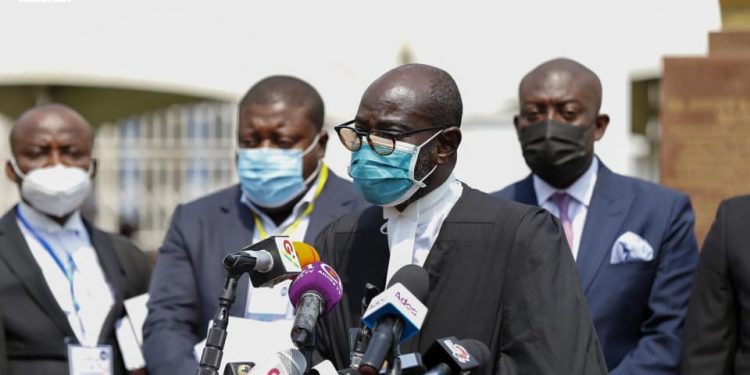 A member of President Akufo-Addo’s legal team, Frank Davies has taken a swipe at the legal team of President John Mahama in the ongoing Election Petition case.

He accused them of being emotional in their arguments praying the Supreme Court to rule in their favour with regard to their application for review of the court’s ruling against their interrogatories.

Mr. Davies said the lawyers for the petitioner came to court with their minds made up that they deserved to get a ruling in their favour.

He said the claims by the counsel for the petitioner that the court did not grant them a fair hearing is without basis.

According to him, the speedy process of the hearing of the review application cannot be interpreted as unfair hearing.

“This business of they talking about fair hearing and all that, in one of the authorities that their lead counsel stated, it was stated quite clearly that speedy hearing is synonymous to fair hearing,” he said.

Mr. Davies said the lawyers for the petitioner did not have a solid case hence the dismissal of their subsequent applications.

“If the arguments were superior, nine justices will not find that argument to be no superior. If you are emotional about a ruling, that is what you get… When we come to court, we are guided by procedure, it is not what you decide to do in court. I think it is unfortunate for Marietta Brew Oppong to stand before you [the press] and make those comments that she made,” he added.

Mr. Davies dismissed suggestions by the lawyers of the petitioner that based on the fact that President Akufo-Addo was granted a request for interrogatories in the 2012 election petition, their request should also be granted this time.

“The election petition of 2012 was not governed by C.I.99. It does not necessarily mean that the interrogatories this time should be granted,” Frank Davies indicated.

He said Akufo-Addo’s legal team is satisfied with the court’s decision so far.

The Supreme Court on Thursday, January 28, 2021, dismissed an application filed by John Dramani Mahama through his legal team, seeking for a review of an earlier ruling given by the court with regard to questions the presidential election petitioners were seeking to ask the Chairperson of the Electoral Commission, Jean Adukwei Mensa. 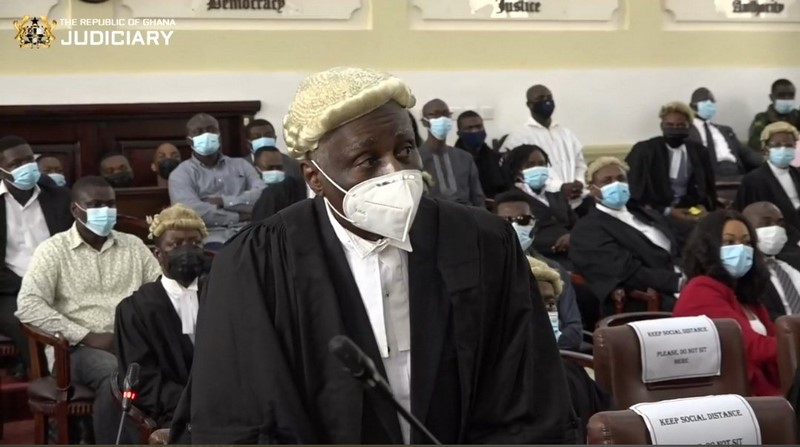 The nine justices hearing the review said they were not satisfied with the arguments Mahama’s legal team put across describing them as irrelevant hence the dismissal of the application.

Earlier in court, the justices dismissed a supplementary application the petitioners were seeking to push through to support their statement of case and the request for a review of the interrogatories ruling.

The Justices of the Supreme Court in throwing out the supplementary application explained that: “we find that our inherent jurisdiction cannot be invoked under the circumstances of the case when the rules of the court have made clear provisions in the exercise of our jurisdiction in this matter. We accordingly dismiss the application”.