Engage us before giving out lands – Lands Commission to land owners 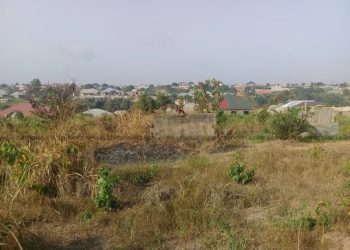 The Executive Secretary of the Lands Commission, Alhaji Duad Suleman Mahama has urged landowners to engage the commission before selling their lands out.

According to him, failure on the part of landowners to consult the Lands Commission before giving out land is one of the major reasons for the land acquisition and ownership issues in the country.

Alhaji Suleman Mahama in an interview on Face to Face on Citi TV said “the challenge we have in this country is rule enforcement. There is so much indiscipline in the country. Development takes place so fast that it is very difficult for the institutional actors to cope with. And if the Town and Country Planning Department is under-resourced, how do we expect them to produce the local plans at the speed with which development is taking place?”

“The Development Control authority rests with the district assemblies. The constitution in Article 267 made some provisions for that. It says there shall be no development on any piece of land unless it conforms with the planning scene of the area in which the land is located,” he explained.

“Unfortunately, who enforces that? So you cannot get the enforcement from the district assemblies because their planning authorities are within the local assemblies. So if they have no resources to do that, it becomes a big challenge. We can see that there’s some form of dissonance between planning and development. They may do the planning alright but if owners of lands just grant lands without any thought of a scheme, a problem is created.”

Land administration in Ghana faces major challenges that pose a threat to the country and its potential Investors.

The constraints in the land sector have implications for effective and efficient land service delivery.

These include general indiscipline in the land market, indeterminate boundaries of stools/skin lands/conflicting claims to ownership, multiple and complex laws governing land administration, inadequate security of land tenure due to land-related conflicts and litigations, grants of the same parcel to different tenants, lack of transparency and accountability in land dealings, a high spate of land encroachment, and lack of adequate functional and geographic systems and networks.

These constraints manifest in inadequate security of tenure, difficult accessibility to land, and the general indiscipline in the land market characterized by land encroachments, multiple sale of lands, haphazard developments, and disputes leading to endless land litigations.

MPs have no security of tenure, we deserve better emoluments – Minority Leader 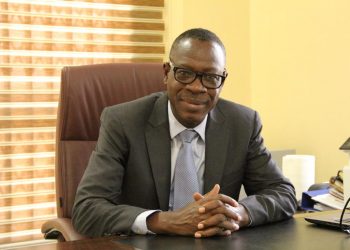