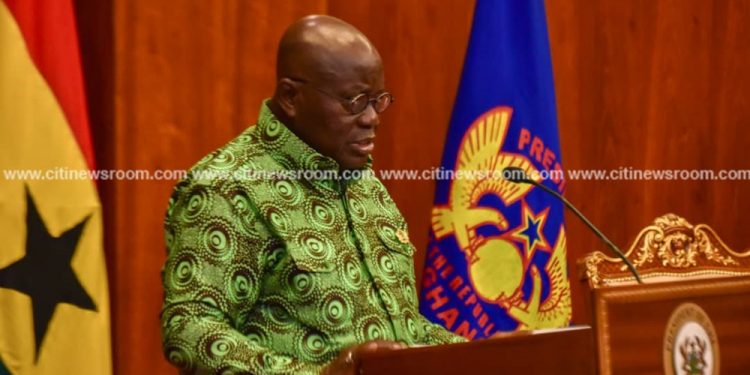 Ever since Ghana started taking control of its internal affairs, the fight for women’s empowerment in politics has been raging. After all, organisations like the Federation of Gold Coast Women (FGCW) established by Mrs Mercy Foulkes-Crabbe and female CPP activists were prominent in the struggle for independence. In light of all this, our first President, Kwame Nkrumah, made efforts to include more women in governance. Journalist and writer Mabel Dove Danquah was made CPP candidate for Ga Constituency in 1954 despite protestations.

However, Nkrumah resisted those calls stating that “Miss Dove’s nomination was a challenge, a test to Gold Coast womanhood. If she failed, it meant that all women had failed”. She went on to beat Nii Amaa Ollenu to win the seat thus becoming the first female Ghanaian legislator. Susanna Alhassan also became the first female to be appointed Minister when she became Minister of Social Affairs and Community Development between 1963-1966. Later on, as the country went through a string of coups, people like Gloria Nikoi, Joyce Aryee, Ama Ata Aidoo and Aanaa Enin were involved in governance. As we transitioned into the 4th Republic, politicians like Hawa Yakubu, Hajia Alima Mahama, Oboshie Sai-Coffie, Hannah Tetteh, Shirley Ayorkor Botchway, Cecilia Dapaah and so many others have featured prominently in government.

Thus, it is safe to say that Ghana has a creditable if not excellent record on involving women in politics and these individuals. Some, however, bemoan that the efforts being made to include women in politics aren’t enough. They complain that the barriers in running for offices across the country like the high cost of election forms and the need for a “sponsor” to help you scale the political ladder are difficult to surmount — not to mention the numerous election expenses as a result of the moneycracy we have evolved into and the backstabbing by political opponents, mostly males. They also cite how “dirty” Ghanaian politics is as something which scares competent away from running for office. Thus, not many women are able to get into the cabinet, seeing as a majority of cabinet ministers are chosen from Parliament, an elected office. This was seen by the number of women in the recently released first batch of minister-designates.

Out of the 46 names released last week, only 8 were women, a number which has been decried by women empowerment advocates as woefully inadequate. And they certainly have a point — considering the fact that women make up 51.7% of Ghanaian voters, one would expect them to have a much larger contingent in cabinet. Also, it’s not as if women are unfit for governmental roles — women leaders all around the world have demonstrated their competence, from Ngozi Okonjo-Iweala who has been hailed as one of best Nigerian Finance Ministers to Jacinda Arden, whose management of the COVID-19 pandemic has earned plaudits from all around the world.

It is, however, imperative to remember that whereas the most powerful positions in government are contained in the cabinet, they alone do not constitute the government. Apart from deputy ministerial posts, there are myriads of posts in government like the leadership of state parastatals, state-owned enterprises and Metropolitan, Municipal and District Chief Executives. These positions might not be glamorous per se but are pivotal in executing the government’s agenda and often make a direct impact on the lives of Ghanaians — from the loans provided to our farmers and traders by Microfinance and Small Loans Centre (MASLOC) to that overdue road construction by your district assembly headed by the District Chief Executive.

Thus, the current administration must make a concerted effort to push in a sizable number of competent women into these positions. After all, women are reputed to be more cautious and analytical in their decision making which makes them excellent leaders in whatever sphere they find themselves in. According to research published by the Harvard Business Review also, “women were rated as excelling in taking initiative, acting with resilience, practicing self-development, driving for results, and displaying high integrity and honesty” — traits which can be described as crucial in public sector leadership. It goes without saying also that Ghanaian women are not an exception to these standards — women who have served in this administration from the state parastatals to District Assemblies have brought a remarkable change at whatever they serve and are indicators of what Ghanaian women are capable of when given the chance.

Not only would the government be assured of competent leadership to carry out their agenda, but they would also be bringing in a diversity of thought that would further enrich discussions surrounding the formulating and execution of the administration’s agenda. It cannot be denied that the President needs more of these people as he sets out to cement his good works over the last four years. A move towards integrating more women into governance would also be seen as a respectful nod towards the women of this country, who constitute a majority of Ghanaian voters, prove to the girls of this country that they too can have a hand in the administration of their country and burnish the credentials of the President as a champion of women’s rights and development, a reputation which won him the AU Gender Champion award in 2017.

I would therefore urge that, as the President and his team work on filling the myriad posts in government, they consider placing more women in these positions to both ensure that there is a diversity of voices and competent leadership needed in government to execute the administration’s agenda while soothing the desires of women empowerment advocates. A beneficial outcome for us all indeed!

With all due respect,