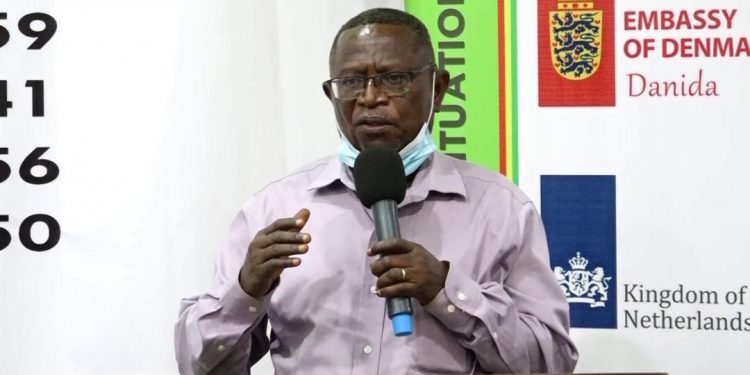 According to him, this got him massive support from the citizenry even when he wasn’t an elected president.

“He appeared to be such an enigma in the eyes of people because people didn’t understand what he stood for. He wasn’t a very ideological person. He had to change and to transform the economy and the political system but not from a very rigidly ideological standpoint and those who did not understand him to be such a pragmatic politician saw him in all kind of perspectives that were absolutely not correct. So to understand Rawlings very well, one would have to go back to the time he came to power in 1981. The economy was in crisis and the nation’s political system was notoriously unstable which compelled him to take over power and the man (Mr. Rawlings) succeeded in spite of various ideological pressures. He adopted pragmatic measures that restored the economy back to health and then gradually reconstructed the political system to the very stable system we have at the moment.”

“One thing that you can say about Rawlings is he was not corrupt and incorruptible. So he had this moral stature among the people that he led. Therefore, people were ready to listen to him and go along with and that is what made him succeed in bringing our political system to where it is now.”

Late Rawlings was buried on Wednesday, January 27, 2021, at the military cemetery in Accra.

Mr. Victor Smith, a former aide to the late ex-President also judged his former boss favourably, stating that he will go down in history as a man whose contributions have ensured peace and stability in the country’s socio-political space and democracy.

For him, Rawlings’ effort in putting together the 1992 Constitution and his signing of same into law is a significant action the founder of the National Democratic Congress (NDC) will be dearly remembered for.

“The legacy he has left us today is the 1992 Constitution which he signed into law and has remained and kept our country stable although most Ghanaians want us to move faster in terms of socio-economic development,” he said in a Citi News interview while eulogizing Rawlings.

COVID-19: We may lay down our tools if social gatherings are not banned - GMA