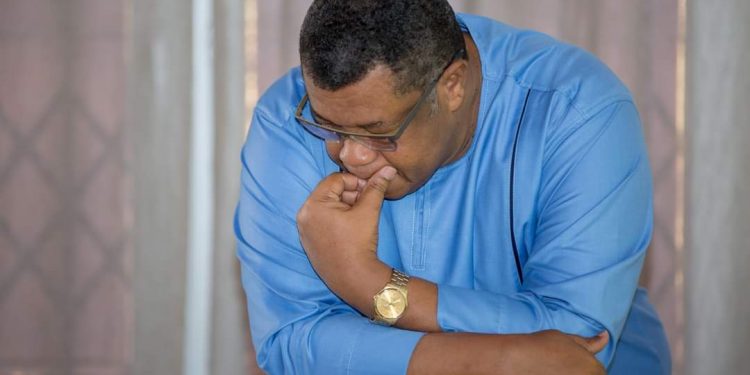 In my most recent piece, I promised to further discuss in a series of short articles some of the key political, social, and economic trends that have been clearly revealed by the results of the 2020 elections. In this article, I would like to examine just one aspect of the new approach to voting that appears to have emerged in the country.  I am of course talking about what is now popularly called skirt and blouse. As we all know, skirt and blouse means voting for one party’s parliamentary candidate and then casting your presidential vote for a different party. I will come back and discuss the true extent of skirt and blouse voting in the 2020 elections and what it fully means in another article. However, as Parliament starts work, it makes sense to discuss some of the implications of the hung Parliament that election 2020 has delivered us.

Indeed, this Parliament is highly unusual because it is the first time in our history that a Parliament has been equally split between the governing party and the opposition party. For the first time in the Fourth Republic, and possibly our entire history, the Governing Party, on any given day, will have a functional minority in the Legislature. This will be the case regardless of the outcome of the presidential election petition before the Supreme Court.  I obviously do not know what will change.  But here are some ideas on what could change for the better.

First, we will begin to see real debates ensue more frequently, and with that possibly the end to the days of the Majority side always having its way. As was amply demonstrated in the Speaker’s election, each side will need to draw crucial votes from the other side to carry the day. Hopefully, we will see the MPs try to win each other through debate and arguments.

Second, the growing importance of substantive debate means that MPs’ ability to formulate and defend policy positions and to negotiate legislative programmes becomes more important in differentiating parties and MPs.  Political parties will need to get serious about their manifestos and not just shelve them till the next election as they have mostly done in the past.  They will then be able to organise to provide technical support for their MPs. Parties need to develop think tanks that address the legislative agenda and put forward the arguments and counter-arguments for their MPs. They will need to help the MPs think through debate tactics. For example, for the NDC, this will require strong social democratic think tanks for an example, supporting NDC MPs with research, analytical and strategy support.

Third, this represents an excellent opportunity to increase public participation in the work of Parliament. It represents an opportunity to reintroduce the people’s constant engagement with what is happening in Parliament and seek their inputs. More than ever, parliamentarians should be engaging their constituents in town hall meetings to discuss the budget and present legislation in ways that are meaningful to their constituents. This has been done before. In the days of the PNDC, and in the early years of the 4th Republic, every reading of the budget was preceded by extensive consultation with ordinary people and civil society.

Fourth, this opportunity to go back to the people for consultations has the added advantage of highlighting parliamentarians’ real role of making laws and holding the executive branch accountable. When constituents appreciate the work that parliamentarians do, their expectations that their MPs should build roads, build hospitals etc. will cease. We have a fine chance to reposition the role of the MP in our governance.

Fifth, we also have an opportunity, and indeed a duty, to take a second look at the article 78 (1) of the 1992 constitution. Article 78 (1) obligates the President to select at least half of his ministers from among members of Parliament. With the current hung Parliament, whichever party is in government will have a functional minority in Parliament once the President appoints ministers. Even when governing parties have a significant majority in Parliament, members who become ministers have often sacrificed parliamentary work for their work as ministers.  As noted by the Speaker in his address to Parliament on 15th January, when MPs become ministers, “the master that is often sacrificed and left holding the shorter end of the stick is Parliament”. The requirement that half of the cabinet be MPs was meant to facilitate governance. It has outlived its usefulness and makes Parliament weak. The time to change it is now.

Finally, we missed the opportunity in 2019 to deepen representation and inclusive governance when the President decided to cancel the referendum on electing DCEs. In the run-up to the referendum, it was clear that most Ghanaians supported the election of DCEs but on a non-partisan basis and that the President’s proposal for a partisan election was doomed to fail. We need to revisit this debate. If parliamentarians are to become more effective at legislation, then Local Government needs to become more representative and accountable to the people.