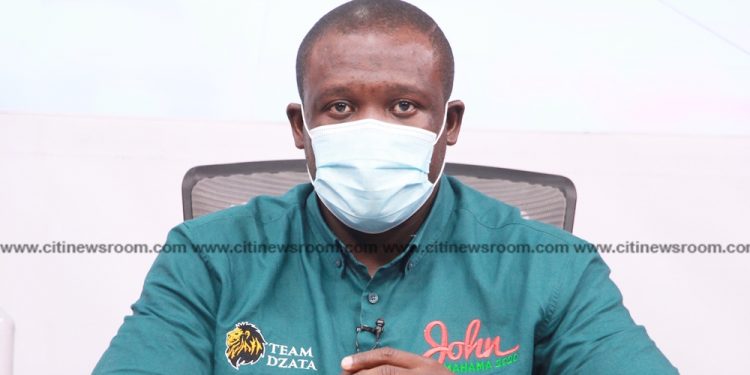 The Ningo-Prampram Member of Parliament, Samuel Nartey George, has reiterated that he and 19 other National Democratic Congress (NDC) legislators summoned before an Accra Circuit Court, will not honour the invitation.

Sam George in a Citi News interview insisted that he and his colleagues had not been properly served the summons.

He added that until they (NDC MPs) are properly served in accordance with Article 118, they will not appear before the court.

The MPs were charged for unlawful assembly when they marched to the head office of the Electoral Commission to petition the Commission over the outcome of the Techiman South Parliamentary election.

They have been accused of failing to properly notify the police prior to marching to the EC’s headquarters.

“I will not honour such jokes because that is a joke. You don’t come and put something in my pigeonhole and say that you have served me. You must personally serve and to do that with recourse to Article 118 of the Constitution and no application has been made to the Speaker of Parliament for him to grant a warrant of relief of the Minority Leader and the others for the police for the criminal summons to be served.”

On Monday, January 4. 2021, the Minority Leader, Haruna Iddrissu also told the press they will not honour what he described as “social media invitations” from the state over the charges.

The State had earlier sued the Minority Leader, Haruna Iddrisu, and 10 other members of the Minority caucus in Parliament over the march.

The Minority caucus was trying to present a petition to the Electoral Commission over the results of the 2020 presidential and parliamentary polls.

The Caucus in the six-paged petition asked the EC to re-collate the Techiman South constituency parliamentary and presidential elections results from all the 266 polling stations.