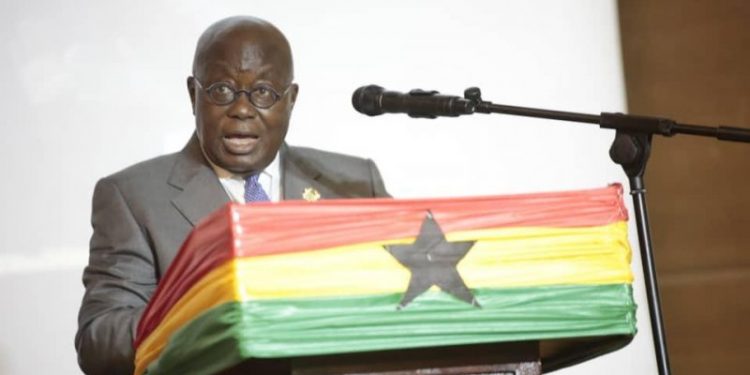 The President, Nana Addo Dankwa Akufo-Addo, has called on Christians to continue to support his administration for the realisation of the nation’s development aspirations.

The church, he said, should pray fervently for God to shower His blessings on the nation, saying he was passionate about Ghana’s progress and prosperity.

“My vision is to lead the country towards sustainable development and growth for the benefit and wellbeing of the citizenry,” he noted, promising that his second term of office would see tremendous changes in the lives of the people.

President Akufo-Addo, who was speaking at the St. Cyprian’s Anglican Cathedral, Kumasi, where he attended a thanksgiving service, was grateful to the church and Christians in general for voting to give him the nod to lead the country for a second term.

He was also grateful for their intercessory prayers which culminated in a peaceful December 7 General Election.

The President prayed for strength and wisdom as well as the courage to lead the country successfully.

The Most Reverend Professor Daniel Yinkah-Sarfo, Primate and Metropolitan Archbishop of the Anglican Province of West Africa and the Internal Province of Ghana, congratulated the President on his re-election in the recent polls.

He assured that the church would not relent in praying for the country’s development, peace and unity.