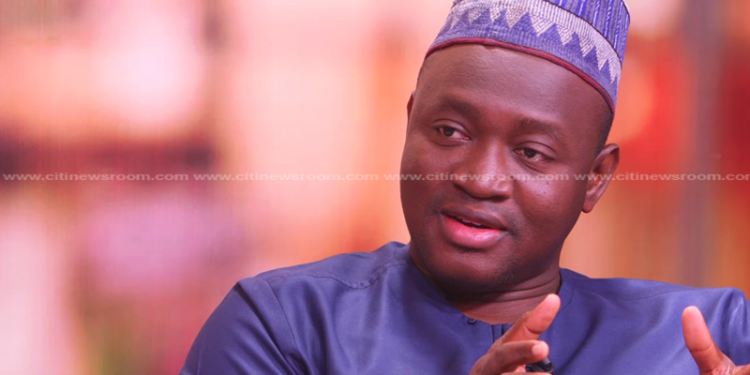 The Member of Parliament for Tamale North, Alhassan Suhuyini says President Akufo-Addo’s legal team is engaged in propaganda with claims the petitioner, John Dramani Mahama is delaying the hearing of the election petition.

On Monday, January 25 John Dramani Mahama through his lawyers filed an application seeking an additional ground of review to replace paragraph 28 of the original statement of the case and file a supplement to the statement of case.

The petitioner and his legal team by this move are basically seeking to file another ground to support the review application on the interrogatories they intend to serve on the 1st Respondent, the Electoral Commission (EC).

The new motion follows others filed recently by the petitioner.

Mahama and his legal team have been criticised over such moves.

A spokesperson for President Akufo-Addo’s legal team, Kojo Oppong Nkrumah expressed disappointment at John Dramani Mahama over the new motion filed describing it as an action to deliberately delay proceedings.

“The court has given Tuesday to complete pre-trial and then give the necessary orders to start the hearing. We are already behind schedule but this afternoon, we were informed that the lawyers of Mr. Mahama have filed a new process aimed at amending some of their previous processes, and we have been served accordingly.”

But according to Mr. Suhuyini, the petitioner is only helping the court to deliver justice.

He thus urged Ghanaians not to fall for what he described as “propaganda” by the government machinery.

“Interrogatories are meant to shorten the process in court. So it beats my imagination that intelligent people or so-called will describe interrogatories as attempts to prolong the case.”

“It is either they are being dishonesty or maybe havelow-level appreciation of the issues. The petitioner (Mr. Mahama) is only taking advantage of the pre-trial to help shorten the case. If it is the PR or the propaganda of the government to portray the NDC in that manner, I don’t think intelligent people should also join it.”

Meanwhile, a member of the governing New Patriotic Party (NPP), Mr. Fredrick Kofi Ameyaw who was also on the show disagreed.

He rather insisted that Mr. Mahama is using the election petition as a ploy to stage a comeback in 2024.

“I think the petitioner former president John Dramani Mahama is delaying the court process to stay relevant for his political ambition and is also abusing the constitutional provisions for his political comeback and also to toy with his supporters.”