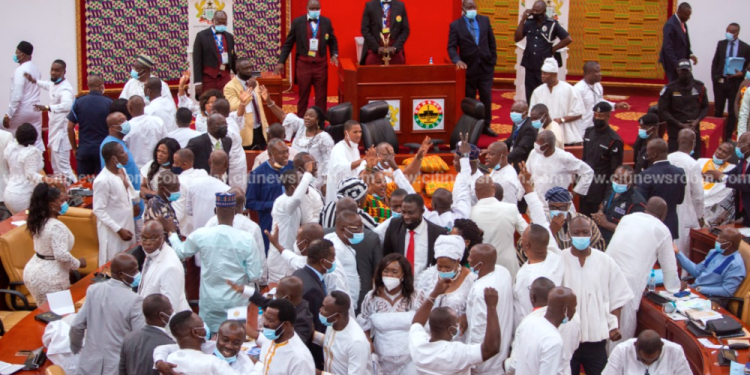 The Christian Council has called for sanctions against Members of Parliament involved in a brawl that blighted the inauguration of the 8th Parliament.

A scuffle between the National Democratic Congress (NDC) and the New Patriotic Party (NPP) MPs over the voting processes for the election of a new Speaker marred the onset of a new Parliament.

The Member of Parliament for Tema West, Carlos Ahenkorah did the unexpected by snatching uncounted ballot papers in the Speaker of Parliament elections and attempted to bolt with it.

He was chased and physically challenged by some NDC MPs, including the NDC Caucus’ Chief Whip, Muntaka Mubarak.

The Council described these developments as embarrassing, asking for an apology from MPs involved in the scuffle.

“They have thoroughly disgraced themselves and should apologise to the nation, be reprimanded and disciplined by their parties and the disciplinary committee of Parliament for breaching the ethics of a Member of Parliament and disrespecting the legislature.”

It said it had invited both the NPP and NDC Members of Parliament over the recent development in a bid to encourage the use of “sobriety, moderation, temperance and common sense” in the House.

Aside from the kicking and snatching of ballot boxes, there was also an invasion of the House by military personnel.

The Council condemned the invasion, describing it as a “misuse of power.”

The Parliamentary Service has expressed regret over the incident but has not indicated if there will be a probe.

“Parliament would, however, like to put them behind it and work towards a more focused, unified membership aimed at promoting the best Parliamentary practices and good governance,” it said in a statement.

Former President John Mahama called for an investigation into the various incidents “and exact appropriate sanctions.”

The African Centre for Parliamentary Affairs (ACEPA) also called for sanctions against persons who caused the military invasion of Parliament.

A security analyst, Adam Bonah, stressed that these calls were in the national interest.

“The calls for investigations into that are legitimate and shouldn’t only be NDC’s call but a national call for all of us to bring an end to it.”

1st versus 4th Republic, the Rule of Might versus the Rule of Right: Why Africa needs her own “Age of Enlightenment” 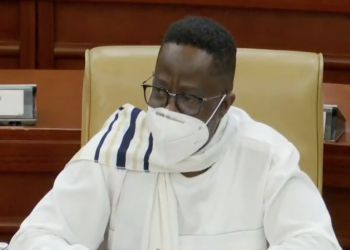