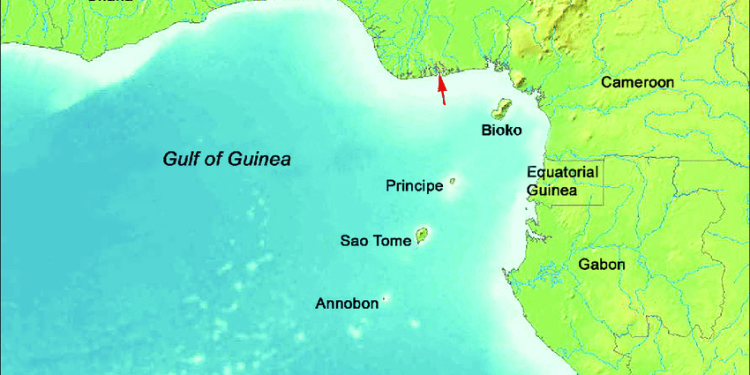 The BIOTTA (Building CapacIty in Ocean AcidificaTion MoniToring in the Gulf of GuineA) project will be the first coordinated effort in ocean acidification monitoring the Gulf of Guinea and other adjoining coasts in Africa.

With seed funding and equipment support from the Partnership for Observation of the Global Ocean (POGO) and The Ocean Foundation (TOF) respectively, BIOTTA will establish long-term Ocean Acidification monitoring stations in seven countries in West Africa (Liberia, Cote d’Ivoire, Ghana, Benin, Nigeria, Cameroon, and the Republic of Congo.

The leader of the BIOTTA working group Dr. Edem Mahu, from the Department of Marine and Fisheries Sciences of the University of Ghana, noted that “a lack of skillset and capacity in the measurement of ocean acidification in West Africa hinders our understanding of the phenomenon and threatens valuable economical and ecological resources in the Gulf of Guinea such as fisheries, aquaculture and tourism. This deficit in ocean acidification measurement skills forestalls our understanding of species vulnerability to changing pH and associated chemical reactions.  Ocean Acidification monitoring in this understudied area has come to stay and we will work assiduously to sustain this brilliant initiative.”

The project will implement a series of ocean acidification training programmes for member countries during the last week of February 2021 and kick-start its monitoring activities by mid-March 2021.

Today, on the third annual Ocean Acidification Day of Action, BIOTTA and The Ocean Foundation are proud to stand with its global network of partners in recognition of the collective efforts to mitigate and monitor the effects of ocean acidification on our local communities.

The Ocean Acidification Day of Action also aims to encourage all countries to make commitments to address ocean acidification, whether through legislation or scientific research, who have not yet done so.

The ocean plays a crucial role in absorbing CO2 from the atmosphere, thereby mitigating climate change. It is estimated that more than a quarter of the total CO2 emitted through human activities each year is absorbed by the oceans, making it one of the world’s largest carbon sink. This role of the ocean in slowing climate change, however, comes at a cost. As CO2 dissolves in sea water, it forms carbonic acid thus, causing the pH of the ocean to decrease.

This decrease in the ocean’s pH is termed ocean acidification. Ocean acidification is occurring at an unprecedented rate, approximately ten times faster than anything experienced during the last 300 million years. The observed drop in the average pH of the ocean from 8.2 prior to the industrial revolution to a current average of 8.1 comes with dire consequences for marine ecosystems. One pronounced impact of increasing ocean acidity is the inability of shell-making marine organisms and corals to build their shells.

This is because, carbonate which is the main building block for these organisms becomes soluble in acidic seawater.  The existing shells of these organisms may also dissolve because of this increasing acidity. Ocean acidification comes with consequences for humans, who depend on the goods and services marine ecosystems provide. Notable among these consequences are revenue loss, threats to seafood security, unemployment, and livelihood loss.

A sustained coordinated long-term ocean acidification monitoring effort is relevant for understanding variability and trends in the ocean carbon system, and support assessment of the risks and impacts to marine ecosystems and services and human societies.

Clearly, the cause of ocean acidification is well known, and we can only reverse this increasing acidity of the Ocean by calling on decision-makers amplify policies that reduce the amount of fossil fuels we burn for energy and support measures like public transportation, cycling and alternative energy production. With these we can reduce the amount of carbon dioxide being absorbed by the ocean.