Sombo residents elated over Bagbin’s election as Speaker of Parliament 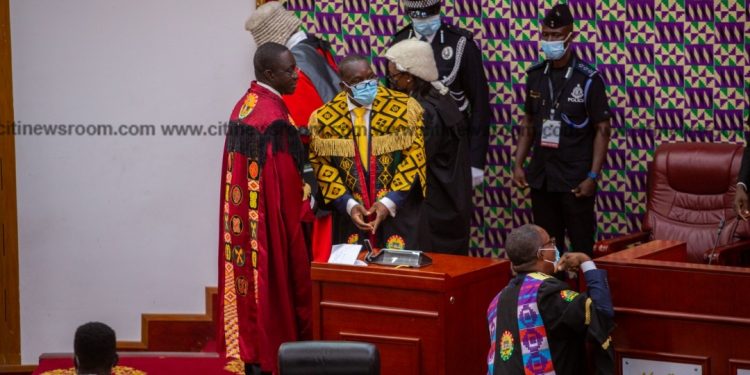 The people of Sombo in the Nadowli-Kaleo District of the Upper West Region have expressed excitement over the election of Alban Sumana Kingsford Bagbin as the Speaker of Parliament.

“We watched and prayed throughout all the drama that unfolded in Parliament, hoping that our brother will actually get this position and when it finally happened we were so happy. We started rejoicing and praising God, and we are overwhelmed by this great news that has come to the people of Sombo,” said Batholomew Nanbazin, a cousin of Mr. Bagbin on Eyewitness News.

“He represents a mentor, he’s a unique person who has actually mentored a lot of the youth, particularly in the community. We see him as a leader, who is so down to earth, lovely, and is someone who actually loves people. He has tried to support us in so many ways, in our education, in building infrastructure in the community such as clinics, and more. In actual fact, he is a great leader, and we are going to keep looking up to him and supporting him until his tenure is over.”

He added that “We are going to celebrate him in the community because he has made the people of Sombo, the entire constituency, the region and the whole of Ghana proud. We know that the position is a great position, and he will develop his constituency.”

The immediate past Member of Parliament for the Nadowli Kaleo constituency, Alban Kingsford Sumana Bagbin was sworn in as Speaker of Ghana’s 8th Parliament of the 4th Republic on Thursday, January 7, 2021.

He was elected Speaker in a keenly contested election between himself and former Speaker, Prof. Aaron Mike Oquaye.

Alban Bagbin was the Second Deputy Speaker in the 7th Parliament.

In his acceptance speech, Alban Bagbin pledged to discharge his duties wholeheartedly and in service to all Ghanaians.

“I will submit myself to the will of this House and pledge to serve my dear country, to serve you, and to serve all Ghanaians faithfully to the best of my ability,” he said.