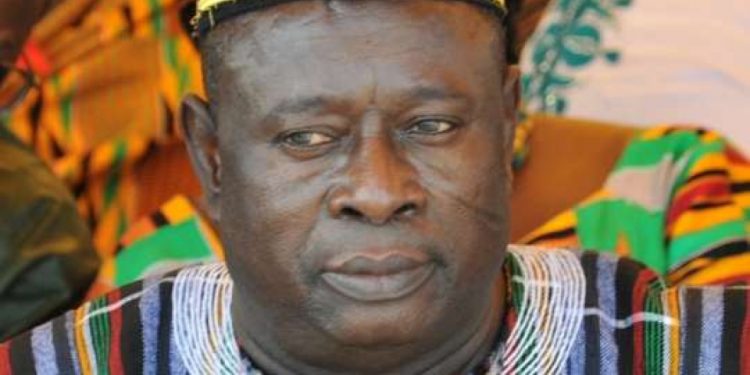 The Member of Parliament for Zebilla, Cletus Avoka has urged the Chief Justice, Kwasi Anin-Yeboah, to direct high courts hearing various election petition cases to desist from granting injunctions against Members of Parliament-elect.

He said this in an interview on The Point of View on Citi TV in reaction to an injunction slapped on the MP-elect for Assin North, James Gyakye Quayson, by the High Court in Cape Coast.

“The courts are advised to allow the MPs elected to stay in Parliament till the cases are over. For how long can they not be represented in Parliament? I think it behoves on the Chief Justice to give a practice directive that as far as these cases are concerned, high court judges should restrain themselves from granting these injunctions and allow the MPs to stay in parliament until the final determination of the case,” Mr. Avoka said.

The Cape Coast High Court on Wednesday, January 6, 2021, granted an injunction restraining the Member of Parliament-elect for Assin North, Mr. Quayson, from being sworn-in into the 8th Parliament.

Cletus Avoka who is also a former Interior Minister, however, rebuked the Cape Coast High Court for injuncting the swearing-in of the MP-elect for Assin North.

Describing the injunction as a “miscarriage of justice” Mr. Avoka argued that the decision of the court will deny the people of Assin North a representation in the lawmaking house.

“I’m not aware of the injunction. But they have no right to serve him any notice of injunction now because he is on his way to Parliament and that is a subversion of the constitution and his rights. He has registered as such, and he is coming in to be sworn in as such. The fact that he has not taken the oath is a mere technicality. So you can’t obstruct him.  If a high court has imposed an injunction on an MP, that is a miscarriage of justice. It’s unfortunate if he did that,” he said.

He believes that the court should have taken a cue from similar cases in recent times where the presiding judges declined to injunct newly-elected MPs.

“Other courts had declined to grant an injunction. So granting an injunction against him deprives the people of Assin North of parliamentary representation.”