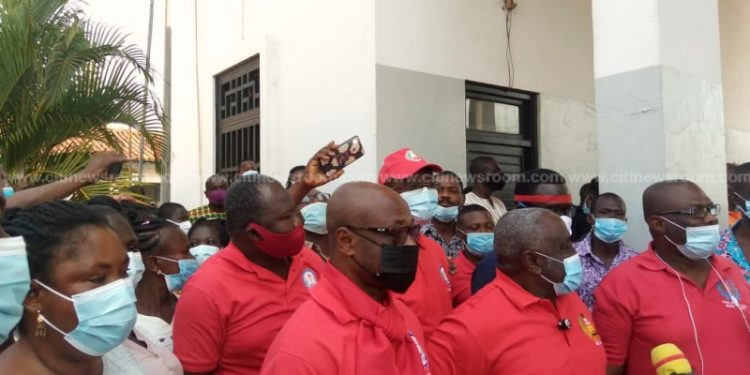 The leadership of the Teachers’ and Educational Workers Union (TEWU) is expected to meet tomorrow, Sunday, January 17 to decide on the fate of their four-day-old nationwide strike.

The government subsequently met the leadership of TEWU and signed an agreement to work on three key issues which are risk allowance, promotion, and non-basic allowance.

National Chairman of TEWU, Ambrose Yaw Kojodza in a Citi News interview was hopeful that the meeting will provide a clear roadmap to have their grievances resolved.

“There is a level of commitment from the part of the government and other people. We will be meeting tomorrow [Sunday] and at the end of that meeting, I believe something fruitful will come out. Life is at stake, Students and parents are also anxious, and so we do not need to give chance to any weekend. We need to work all day for something fruitful because we have made our conditions very clear”,  he said.

TEWU had been in talks with the Fair Wages and Salaries Commission since June 2019 on the Review of the Conditions of Service for Unionized Staff of the Public Universities which expired in 2008.

It has accused Fair Wages and Salaries Commission (FWSC) of dragging its feet as far as its union’s grievances are concerned.

The Union also said the Commission failed to immediately conclude negotiation on the new conditions of service for the Unionised Staff of the public universities before the beginning of the academic year, in January 2021, which would come with added responsibility with the intake of the first batch of graduates of the Free Senior High School.