1st versus 4th Republic, the Rule of Might versus the Rule of Right: Why Africa needs her own “Age of Enlightenment” 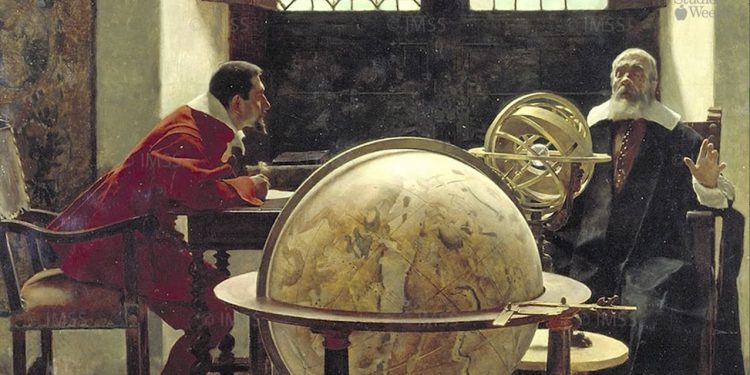 In response to concerns at the Chief Justice’s sudden transfer of justices in courts where electoral disputes are expected to be heard, the Judicial Council offered a defence which could be summarised in one quotation: “It was done according to law.” This reminds me of a debate I had some years ago with some law students, who echo this view:  “Whatever is done according to the law is done right”. This view also extends into the belief that, wherever things are done according to law, there, there is rule of law. But is this the case?

After one history class in my undergraduate studies, I engaged a friend on the conflict between Nkrumah and the National Liberation Movement (NLM). I was highly critical of Nkrumah’s governance which in my view trampled on the fundamental human rights of Ghanaians. She disagreed and argued that incorrigible acts of the NLM warranted a high-handed response from Nkrumah. Was she right? Was I wrong? We can argue that my friend was right.

First, for all the criticisms that Nkrumah received for his repressive actions, those actions were well-grounded in law. The infamous Preventive Detention Act (PDA)  was a law passed by Parliament at the time. Even Nkrumah’s dismissal of Supreme Court judges was firmly rooted in law as was his declaration of a one-party authoritarian rule. In 1964,  Nkrumah had held a referendum on the proposed one-party state, along with sweeping powers to dismiss judges, or cause arrest of people “for reasons sufficient to him.”. These proposals were acted upon by the CPP dominated parliament of the day to become law. Thus, by the logic of the apostles of  “It was done according to the law”, Nkrumah would qualify as the patriot saint of rule of law today.

Second, a careful analysis would show that Nkrumah was acting according to the collective conscience that had ruled humanity for thousands of years. The collective conscience, a concept coined by famous sociologist, Emile Durkheim, reflects the totality of shared beliefs, values, attitudes and knowledge of a society. It sets the standards of right or wrong of any society and would also set the tone for assessing their level of civilisation, and of course, barbarism.

By a civilised society, I mean a society where people are able to live together in harmony, under fair rules, principles and norms. The animal kingdom provides a stark contrast to civilization. There, the strongest plunders the weakest in an atmosphere of chaos, lawlessness and normlessness. It can be aptly termed as the rule of might, aptly described by Thomas Hobbes as a brutish society. In a civilized society on the other hand, fair laws, just principles and norms ensure that might does not rule. Instead, there is the rule of law, a term which in reality, translates into the rule of right, that balances, protects and serves the interests of the different strata of society equally, including the weakest. A society’s collective conscience, reflects their level of civilization, whether rule of might, or rule of law.

But as we have seen throughout the history of mankind, the rule of might was the order of the day. From brutal imperial conquests by mighty kingdoms and  gory mutilations of captives,  to decisive kingship struggles, the strongest always ruled, and with an iron hand. And as we continue to see in many parts of  Africa even today, the powerful still marshal all the powers at their disposal, be it brute military might, or legal chicanery, and ruthlessly deploy them against opponents. Thus, Nkrumah’s ruthless deployment of state power against his political opponents was not an infraction on the moral code of the day. On the contrary, they reflected the totality of the moral standards of the continent.

Underpinning the rule of might, however, is the rule of the self. A crucial ingredient of civilisation is the ability of individuals to overcome an excessive love of the self which is an impediment to civilization. This is because human society like the entire ecological system is so structured that, everything that someone gains, is something that someone loses. In uncivilized societies, each member is focused only on the gains, thereby creating a free for all fight, which rudely disrupts the balance of the human ecological system (chaos and conflict.). And that’s because nobody can willingly sacrifice anything or tolerate a loss.

But where the self is overcome, members of society can sacrifice and accept losses, thereby develop principles that allow each member to surrender something (a loss)  in exchange for a gain. It allows people to then develop principles, norms, and even laws that regulate how losses are shared so that, everybody loses something and gains another. In short, a civilized society only emerges because everyone is selfless enough to endure losses for the balance which is necessary for the wellbeing of the entire society

Contrary to historical accounts, human civilisation did not begin with great technological achievements or monumental industrial developments. It is not just about developing writing or magnificent monuments. For each scientific achievement only gave humanity more unbridled weapon to unleash barbarism on fellow man. Hideous acts of slavery, human sacrifice, the mass torture and repression of millions of people by an all-powerful hegemon, all went hand in hand with technological developments, often taking place in historic edifices.

The true epoch of civilisation, the dawn of the modern era could be more readily traced to the “Age of Enlightenment” in the 17th and 18th Centuries in the West, and its Graeco-Roman antecedents. The history of civilised humanity may owe its thanks to the erudite expositions of the likes of John Locke, Thomas Hobbes, Baron de Montesquieu, Voltaire, Rosseau, Jefferson, Bentham and many others, who, building upon Graeco-Roman and Judaeo-Christian scholarship, stirred the conscience of humanity into life.

They altered a long history of humanity that had been marked by the rule of might.  Instead, concepts like natural rights or human rights, social contract, egalitarianism, democracy and ultimately rule of law were born. These ideas transformed humanity and created the West as we know it today, of democracy and rule of law. And they have set the standard to which many other nations are at least, paying lip service.

If my friend was right by defending Nkrumah, was I then wrong in criticising him? Not at all. First,  though Nkrumah’s acts were rooted in law, what I have tried to establish in this essay is that “Not everything done according to law is done right, nor does doing things according to law amount to rule of law.”   Laws do not emerge in a vacuum. They are normally passed by the power blocks in society. And where the collective conscience of a society reflects rule of might, laws themselves could be tools for oppression, rather than tools for liberation.

Apartheid, slave trade,  segregation and Nkrumah’s PDA, are all classic examples, as are events in the Fourth Republic, where the majority would bulldoze their way in Parliament, regardless of public opinion. Besides, the manner by which laws are interpreted, the commodious room for discretion, leaves much power in the hands of those who interpret those laws. Where the collective conscience of a society reflects the rule of might, Judges could easily erect a constitutional tyranny, as they claim the law resides in their bosom, that, what they say is the law.

Second, though Nkrumah’s actions reflected the collective conscience of African society of the brutish rule of might, successful societies are those that rise above the base atavistic instincts of humanity  to build a higher order of civilisation, erected on respect for natural justice. This is manifested in rule of law. But rule of law, a term often abused here, is not merely a process of doing things according to law.

It is rather a stage where a society’s collective conscience has so matured that, it is sensitive to principles of natural justice, natural rights and natural law. It is a society where both leaders and followers, have overcome selfishness, to the point where they could feel empathy even for their opponents, thereby build a consistent system where national laws, and how they are interpreted, are subservient to principles of natural justice, and common sense. It is a society where public officials are bound to the duties of their office, to work in the interest of a just and egalitarian society, rather than selfish and partisan interests.

Given what we are seeing even today, where constitutional instruments have been blatantly deployed to disenfranchise citizens of their fundamental rights of representation, among other displays of raw legal power; and given that, half of the population would always support these egregious acts, depending on how the tables are turned, what then is the status of our collective conscience? The answer is clear: Just as it was in the First Republic, we are still mired in rule of might, reminiscent of barbaric societies. What we need then, is Africa’s own age of enlightenment to liberate us from the rule of the self to usher in the rule of right.

But the biggest error that a barbaric society makes, is to assume that, a reign of tyranny would have no consequences for society’s orderliness, harmony, and stability. The ideals of democracy and rule of law were not just fashioned for the aesthetic satisfaction of the scholars of the enlightenment. They were designed as a higher order of social organisation to maintain social cohesion and stability, an alternative to chaos and conflict. Hence Africa’s history of coups, conflict and bloodshed should instruct us of the consequences of the rule of might.

And they should inform our urgency for an Africa’s own “age of enlightenment” where our scarred conscience and dark intellect could be reformed to be able to sustain rule of law.

The writer, Prosper Senyo serves as an editor at the Institute of International Affairs Ghana (GhIIA).