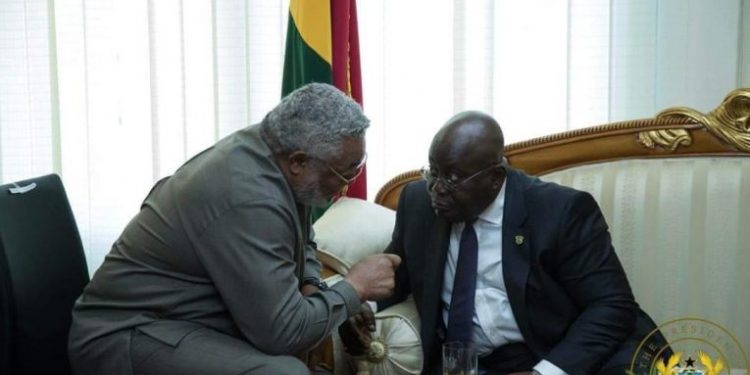 Nana Addo Dankwa Akufo-Addo, the President of Ghana, has said he and late former President Jerry John Rawlings found value in each other even though they initially didn’t “see eye to eye.”

President Akufo-Addo described their relationship in the early stages as one characterised by “animosity” but later turned into a mutual one.

“It was no secret that the relationship that existed between the two of us right from the early days of 1979 through to my brief period in exile and his assumption of office as the first president of the Fourth Republic, the historic Ku Me Preko demonstrations, my period as Attorney General and Minister for Foreign Affairs in the Kuffour administrations to be my elected the 2008 NPP Presidential Candidate was one of open animosity.”

“We did not see eye to eye however with time, things changed, and we came to see value in each other and understood to a very large decree our respective perspectives. One thing we had in common was our mutual commitment to public service. My visit to his Ridge residence in 2012 signified the easing of tensions between us leading to a friendship that lasted for the better part of some eight years.”

President Akufo-Addo said this when he read a tribute at the pre-burial service of late Jerry John Rawlings held at the Black Star Square in Accra on Wednesday, January 27, 2021.

President Akufo-Addo also disclosed that Jerry John Rawlings came through for him during difficult moments in his presidency.

In his tribute, President Akufo-Addo described Rawlings as a “repository of knowledge.”