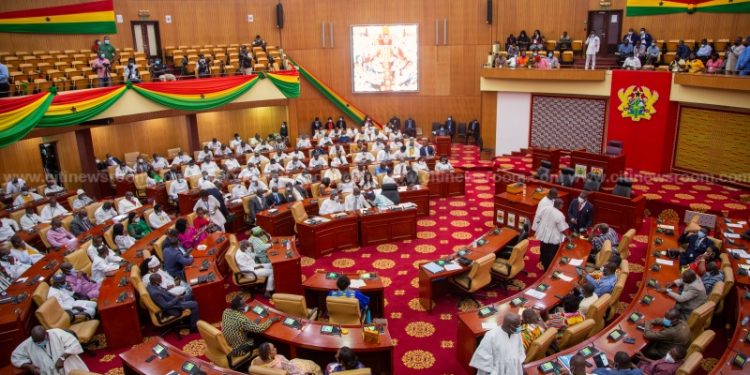 The representation of women in Ghana’s Parliament continues to be very low although records show that there has been marginal increases over the past decade and half.

The 275-member 8th Parliament which was inaugurated on the 7th January 2021 has only 40 women MPs; 20 each on the National Democratic Congress (NDC) and New Patriotic Party (NPP) sides.

This is 14.5% of the total population of MPs as the men continue to be in the convincing majority.

That notwithstanding, Ghana, based on its own history has seen consistent growth in the number of women in Parliament since the beginning of the 4th Republic in 1992 except in 2008 when the percentage dropped from 11% to 9%.

See details in the infographic below: 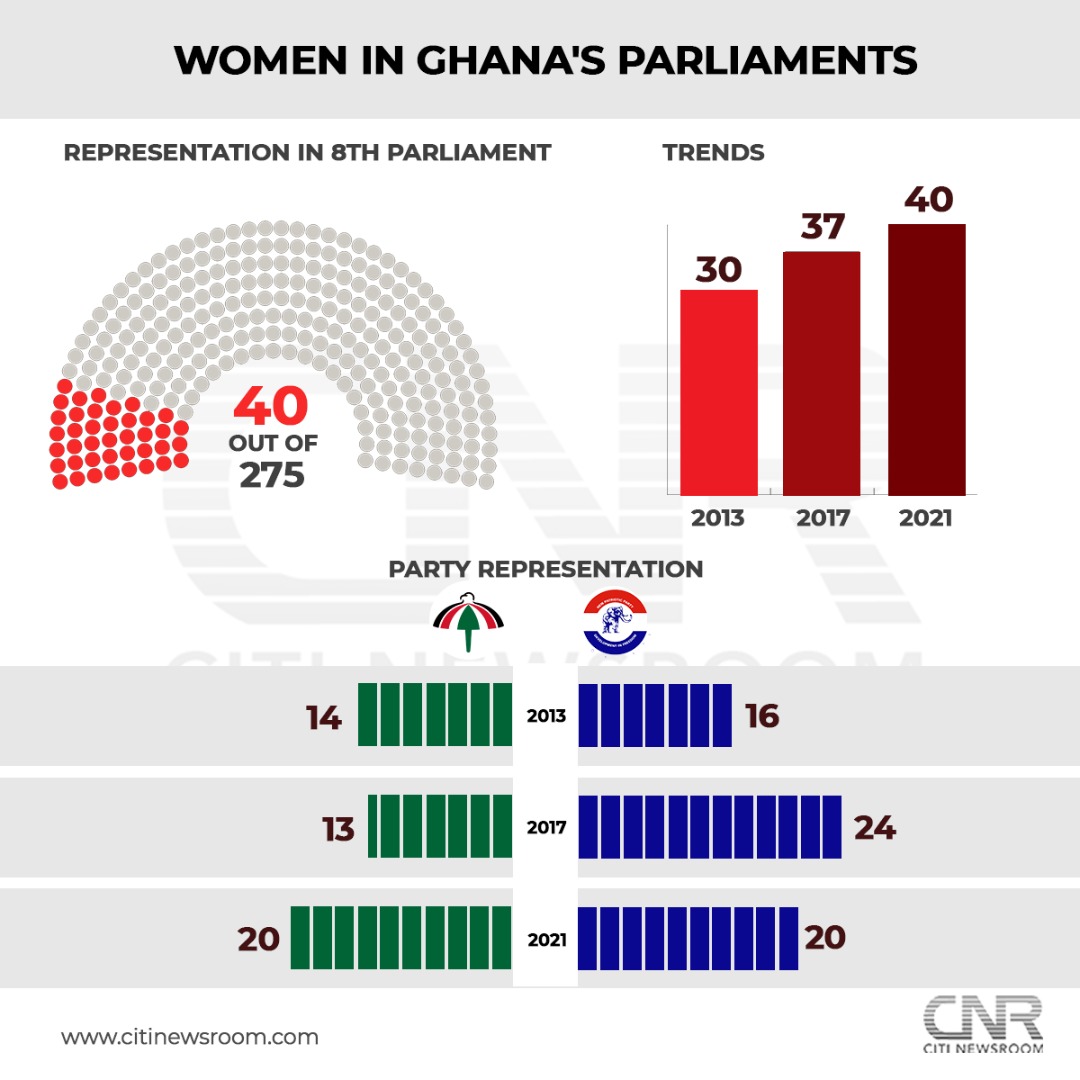