A/R: Two in critical condition after clash between police and Adwumakaase-Kese residents 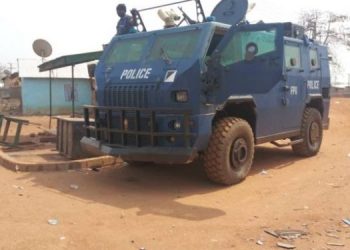 Two persons are in critical condition at the Komfo Anokye Teaching Hospital after a confrontation between police and some residents of Adwumakaase-Kese in the Afigya Kwabre South District of the Ashanti Region.

There was disagreement between the police and the residents when they demanded the reasons for the arrest of a resident.

This was after inhabitants of Adwumakaase-Kesse prevented the chief of Bomfa from erecting a signpost following a boundary dispute.

The police allegedly shot into the crowd in the heat of the confrontation, wounding two residents who are currently in critical condition.

Krontihene for the Adwumakaase-Kesse community, Nana Yeboah Mensah told Citi News the intervention by the chief of the area has brought calm.

“The chiefs of the town have spoken to the youth to calm down, while they try to address the concerns. So at the moment, everything is calm.”