Ablakwa suspects profiteering in contract for COVID-19 testing at KIA 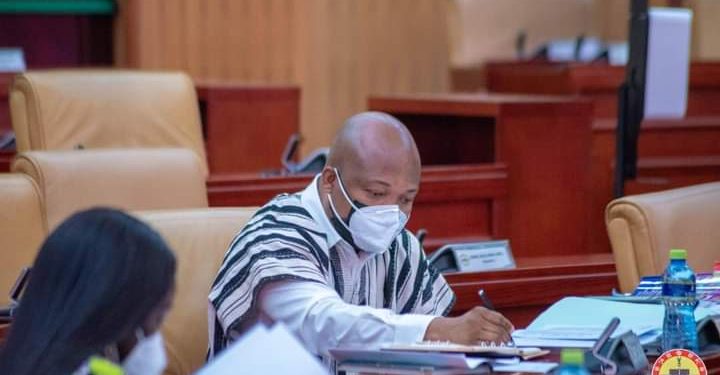 He is strongly convinced, the difficulty in settling the controversies around the procurement processes is mainly because the government did not have a humanitarian mindset before granting the contract during the COVID-19 outbreak.

Mr. Ablakwa’s comments follow the failure of some Ministers-designate to provide an explanation on how the contract for the COVID-19 testing at the Kotoka International Airport was awarded.

“So the whole framework and model is wrong. It is a mindset of profiteering”, he said on the Point of View on Wednesday.

The MP who has been at the fore of seeking answers on this controversial matter at the ongoing vetting of ministerial nominees was simply not enthused about the handling of what many have come to understand as a saga.

He puts the government’s genuine interest to question asking why the state even failed to ensure free antigen testing at the airport by subsidizing fully, the amount involved just as it is being done in other countries.

“There is a fundamental issue about the mindset of government during the pandemic. During a pandemic, one’s mindset must be humanitarian and not commercial. But there is a profiteering mindset that for private commercial interest during the pandemic and that is fundamentally wrong. We must have a humanitarian mindset at this time”, Mr. Ablakwa stated.

Ghana’s procurement law provides that emergency procurement and donations shall be undertaken in a natural disaster, epidemics and others subject to the Public Procurement Board’s approval in accordance with Act 663, Section 40.

But the minority wing in Parliament continues to raise red flags and concerns of procurement breaches about the deal, demanding documents to ascertain the diligence done.

The company was at a point said to be operating whilst unlicensed.

Appearing before the Appointments Committee earlier, the Health Minister-Designate, Kwaku Agyeman-Manu, noted that the contract for the testing was given out under emergency procurement.

It was at a point said to be operating whilst unlicensed.

“We were not in normal times; we had to do things quickly and rectify them later,” Mr. Agyeman-Manu said of the situation.

“The licensing was even done on my insistence. When I went to do the checks and I found out that it hadn’t been done, and I told them to quickly let us go and rectify the anomaly before things get worse.”

Former Minister of State for Procurement, Sarah Adwoa Safo, also said she has no knowledge of the procurement processes adopted prior to contracting the firm.

She claimed she hasn’t seen the contract for the deal joining other previous minister-nominees who have not been able to give clarity on the controversial contract granted Frontiers Healthcare Solution Services Limited.

Meanwhile, the minister-nominees for Justice and Foreign Affairs, Godfred Dame and Shirley Ayorkor Botchwey have also said they had no knowledge of the procurement processes.