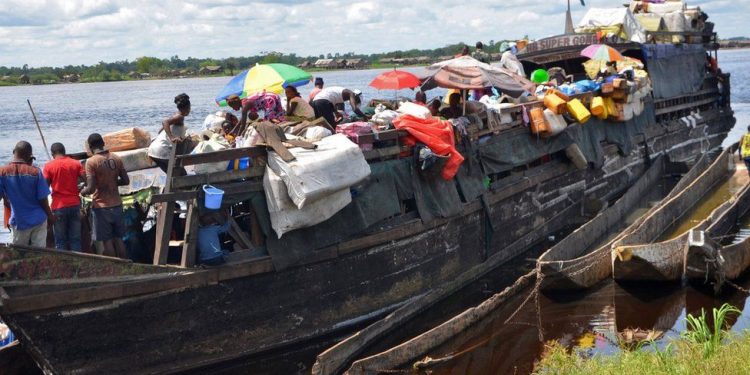 At least 60 people have drowned after a boat capsized in the Democratic Republic of Congo, officials say.

Some 300 people have been rescued but as many as 200 others are unaccounted for following the accident on the Congo River, officials added.

Locals said the boat hit a rock east of the capital, Kinshasa, while travelling at night, which is prohibited.

Many people use boats to travel long distances in DR Congo because of its poor road network.

DR Congo’s humanitarian affairs minister Steve Mbikayi told the BBC that he had received reports that the boat was overloaded and had been carrying passengers at night in breach of the law.

“These are the reasons that caused this wreck with over 60 dead. We have managed to rescue 300 survivors while search and rescue operations are on-going,” he added.

The boat was making a journey of about 700km (435 miles) from the capital, Kinshasa, to Mbandaka city when it ran into trouble near the village of Longola Ekoti in the province of Mai-Ndombe, AFP news agency reported.

“Residents told us that bodies are floating in the water,” Mr Mbutamuntu was quoted by AFP as saying.

Deadly boat accidents are common in DR Congo where boats are frequently overcrowded with passengers who are rarely given safety jackets and often cannot swim.

In April, at least 167 people died in two boat accidents on Lake Kivu.

This prompted President Félix Tshisekedi to make it mandatory for passengers to wear life jackets.

But it is not clear whether any of those on the boat that sank on Sunday were wearing them.