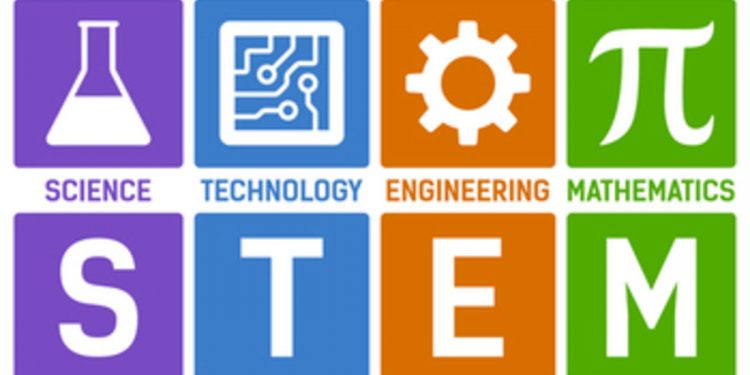 Science, Technology, Engineering, and Mathematics (STEM) education is an approach to learning that “integrates the areas of science, technology, engineering, and mathematics”. Through STEM education, students acquire critical and independent thinking skills, become creative and efficient problem solvers, and are empowered to “succeed and adapt to this changing world.

The promise of STEM education is assuring (as the U.S., China and South Korea have shown us), and the government should rethink the Science, Technology and Innovation policy with a renewed focus on the “STEM-ification” of our education system.

We need a STEM-focused education because we’re lagging behind in economic growth and development relative to other countries with equal opportunities. Malaysia, for example, was comparatively similar to Ghana (in economic status) at the time of their independence (on Aug. 31, 1957) from the British. However, our current economic status is far from similar.

The world bank attributed Malaysia’s success story to their ability to transform their agrarian (low skill, low tech) economy into a manufacturing hub that has become a “leading exporter of electrical appliances, electrical parts and components”. This transformation stems from their National Science and Technology initiative in 1986 (and subsequence policies) to promote research and innovation.

Of course, we also have a success story, but one that is not at par with our “Asian twin”. Our unemployment rate is higher than the global unemployment rate and most significantly, higher than our neighbors in the Sub-Saharan African region. Our economy is largely service sectored, partly agrarian (but still not technologically based), and a small industrial sector. Implementing a STEM-focused education system will benefit our younger population and our country in general. Promoting STEM education will increase STEM graduates who will benefit from the opportunities created by the ever-growing STEM-related jobs, and will inadvertently grow our economy.

The Pew Research Center, for example, found that those in STEM careers have higher-paying jobs compared to their counterparts in the liberal arts and humanities. More so, individuals in STEM careers are more likely to become entrepreneurs.

People in STEM careers are more likely to succeed (especially in Ghana) because our current problems (including but not limited to poor roads, housing deficiencies, crumbling bridges and other infrastructures, dilapidated healthcare system and shortages of medical supplies) require their expertise. To address these issues, STEM careers, such as engineering, healthcare, architecture, and other scientists are desperately needed in our country.

What makes STEM education so urgent in our country and across the globe is the impending climate change catastrophe. The challenges we face as a result of climate change require a complete and immediate transition from fossil fuel (which has been found to contribute to global warming) to renewable and environmentally friendly energy sources such as wind, solar, hydro, etc. In a recent article published in the Daily Graphic, Mr. Samuel Okudzato Ablakwa, the MP for North Tongu, on his vision for the New US President, stated that the current political turmoil in the US and the rise of Nationalism in the West should encourage us “to be self-reliant and self-sufficient” because we “cannot continue to be dependent on wealthy” nations to put out our kitchen fire for us if their houses are in flames.

And the current COVID-19 vaccine nationalism should be a wakeup call because whereas the climate crisis requires global collaboration, individual countries have huge responsibilities to address their local problems with STEM fueled innovations.

For decades the U.S. has maintained its grip as the world superpower through scientific and technological innovations. But the emphasis on Science and technology education has not always been a national priority. Things changed, however, after October 4, 1957, when the Soviet Union (now Russia) sent Sputnik 1 (the first-ever artificial orbiting satellite) to space.

This incident gave the US a pause to think about their educational system and to reassess what was working and what had failed. The federal government, which hitherto was largely out of the education system, had an awakening and what happened afterwards was both historic (with the moon landings), culminating in the present-day Silicon Valley world dominance.

The Sputnik launch on Oct 4, 1957, led to the establishment of the National Aeronautics and Space Administration (NASA), an agency with a $23.3 billion budget as of 2021 (making 0.5% of the US $4.5 trillion budget), on Oct 1, 1958. It also changed the US education system forever with more federal involvement, more spending, and a huge emphasis on Science education, culminating in the launch of STEM in the early 2000s. The launch of Sputnik 1 also led to the passage of a new education bill cloak as defense bill.

The purpose, however, was to revamp science education. As a result of this federal intervention in education, college/university enrollment soared, (for low-income students in science and technology through government-subsidized loans) and Curricula were upgraded to meet national demands.

“The Road Not Taken”: Lessons from History

While addressing what was the Legislative Assembly (now the Parliament of Ghana) of Gold Coast on the eve of our independence on March 5, 1957, Dr. Nkrumah (our first President), laid out his vision for a new country with a lot of promises and challenges in his famous speech, “Government Policy Statement”. Dr. Nkrumah, while noting the challenges ahead, assured his fellow citizens that the challenges we face as a young nation are not insurmountable if our education system is reinvented to “produce scientifically minded people” through “a higher standard of technical education”.

This vision, he indicated, could be realized if we establish universities and research institutions for “agriculture, biology, and the physical and chemical sciences”. This initiative, he argued, will not only enhance our prospect as a country but will also be a great service to Africa.

In his “Education and African Nationalism” (while a student at the University of Pennsylvania), Dr. Nkrumah contended that education should provide and enhance the “economic and technical progress of the people it purports to serve” and that any educational system that doesn’t provide these services “has completely failed in its purpose and has become a fraud”.

The purpose of education, especially for the youth of Africa, Dr. Nkrumah concluded, was to prepare the African youth to “meet any definite situations of the changing community” but not to train them for “clerical activities and occupations of foreign commercial and mercantile concerns”.

Unfortunately, critical assessment—60 years after independence, shows that our education system has largely not served its purpose of educating people to meet the challenges of today; instead, it has, by and large, become a manufacturer of graduates equipped only for “clerical activities and occupations of foreign commercial and mercantile concerns”, a condition Dr. Nkrumah bemoaned and fought tirelessly against. The reason, many will agree, is the total neglect or minimal attention to STEM (Science, Technology, Engineering, and Mathematics) education.

In conclusion, unless we “STEM-ify” our education system to diversify our current economy “from the cocoa-gold-timber structure” to industrialized “higher productivity”[2], we cannot achieve a middle-status economy we hope for, in the foreseeable future.

*Despite an urgent need for STEM education in Ghana, we should not fall into “hyper-STEM-ification”. We need the humanities (including history, literature, art, philosophy, classics, religion, among others), too. And my next article will discuss why, for a functioning democracy, the humanities is a conditio sine qua non.