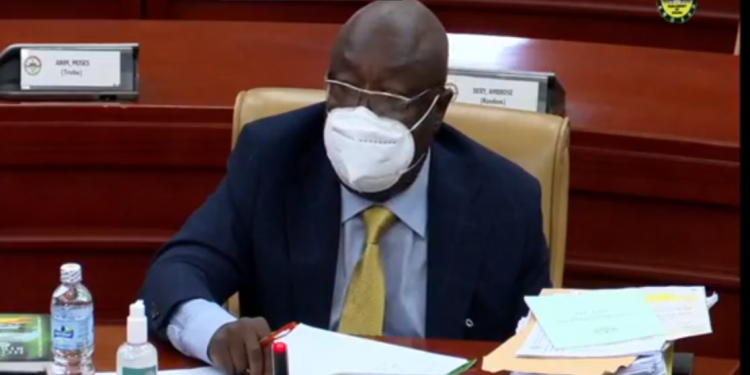 The President’s ministerial nominee for Environmental, Science, Technology and Innovation, Dr. Kwaku Afriyie says he will spearhead collaborative efforts to tackling the proliferation of children used for labour at electronic waste dumpsites across the country.

He says, the practice is increasingly posing serious health risks to the children and must therefore be addressed going forward.

“It’s a very serious problem. As a physician, I know that inhaling toxic fumes can cause so many health problems. It’s a social problem. It’s a function of poverty, ignorance and neglect or dereliction of parental duty”, Dr. Afriyie said during his vetting in Parliament on Friday.

The Minister-designate admitted that, it will be practically impossible for his outfit to single-handedly deal with the menace.

He thus assured to strategise with other relevant ministries to ensure that the children are made to leave such dangerous waste environment.

“As the lead minister in this arena, I’ll have to collaborate with my colleagues at the Gender, Local Government and Education Ministries so that we come up with a strategy to get the kids out of there.”

“It’s not under the ambit of the Ministry of Environment, Science, Technology and Innovation alone. We need a collaborative effort”, he added.

In Ghana, Agbogbloshie, a suburb of the capital, Accra for instance is the final resting space for millions of mobile phones, laptops and other electronic devices dumped in other developing countries by wealthier nations.

Once in the dumpsite, toxic materials like mercury, cadmium, arsenic from the e-waste trickle into the environment contaminating land and the air.

It is often the case to see children being engaged by their masters in the scavenging and sorting of e-waste products for further processing.