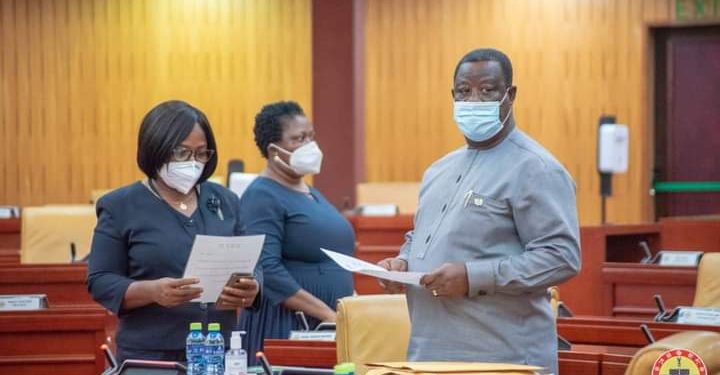 Ghanaians are to brace themselves up to pay more for road tolls in the coming days, the Roads and Highways Minister-designate, Kwasi Amoako-Attah, has hinted.

Mr. Amoako-Attah strongly insists that increasing the existing road tolls for vehicles in the country is the surest way to meet the demand for rehabilitation, maintenance and possible new constructions to improve infrastructure in Ghana’s road sector.

He gave the inkling when he appeared before the Appointments Committee in Parliament today, Tuesday, February 16, 2021, stating that one of the policies he will roll out is to without delay ensure that road tolls go up marginally should his reappointment be confirmed.

“If I am given the approval, it’s one of the things I am going to do immediately. There is going to be a proposal to increase the toll rate, and I am going to bring to this house [Parliament] for support”, Mr. Amoako-Attah suggested.

The Minister-designate argued that data available to him point out the fact that Ghana is the only country worldwide that pays the lowest toll rate adding that Ghanaians must be prepared to pay more to enjoy good roads just as it is done in some other countries around the world.

“The research that has been done in my ministry suggest that, on the average, toll rate is about a dollar. In Ghana, a dollar is close to GHS 6.00 but people pay GHS 50p as road toll.”

Mr.  Amoako-Atta stated that, contrary to the public uproar that greeted the last increment in the road toll in the country, he is ever ready to exercise his unflinching resolve to see to the successful implementation of his proposal through parliamentary approval.

“The last time tolls were increased, there was so much hue and cry in this country. We all saw what happened in this country with drivers saying they will go on strike. Will Ghanaians be prepared to pay more for road toll as it is seen in other parts of the world. We pay the lowest rate. Meanwhile, we want good roads. Ghanaians should be prepared to pay for good roads and if I am given the opportunity, it will be done”, he noted.

Are there benefits of bitcoin trading you didn’t know about?