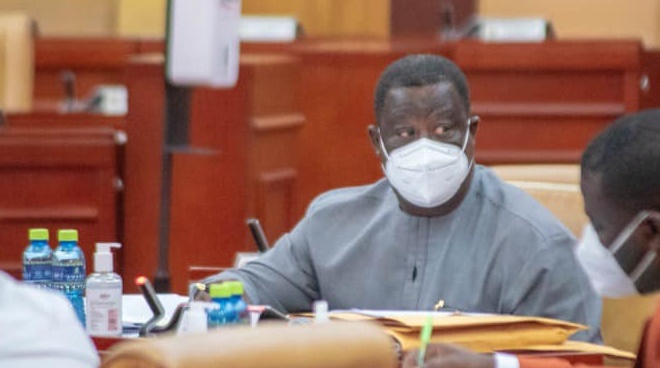 The Roads and Highways Minister-designate, Kwasi Amoako-Attah says the government has in the last four years embarked on about 55 road projects to improve the country’s poor road network.

For him, the massive road infrastructure undertaken by the Nana Akufo-Addo administration translates into about 25,000 kilometres of roads constructed in the first term.

Taking his turn before Parliament’s Appointments Committee for confirmation of his reappointment, Mr. Amoako-Attah intimated that  “a lot has been done in the [road] sector.”

“For the past four years generally, and last year especially, aggressive work was done in the road sector. This is being appreciated and seen across the country.  We have done almost 1,200 kilometres of asphalt overlays. In terms of surface dressing, we have done about 50 to 55 different road projects which add up to not less than 25,000 kilometres”.

Mr. Amoako-Attah, however, admitted that more development is needed in the sector.

According to him, before his assumption of office in 2017 only 39 percent of the roads in the country were in good shape.

He said at the time, 23 percent of the total 80,000 kilometres of roads in Ghana had been paved or seen bitumen with the remaining 77 percent at gravel or earth stage.

“If you take the state of the roads in the country, it’s one thing that all of us must accept, we have not done too well with”, he stated.

But the President’s nominee for the Roads and Highways Ministry mentioned that aside from the roads projects, “we have also worked on a number of bridges and interchanges across the country.”

Are there benefits of bitcoin trading you didn’t know about?

Are there benefits of bitcoin trading you didn't know about?