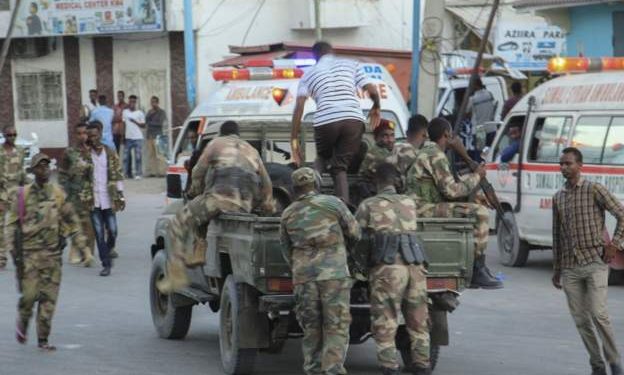 Nine people died in an attack at a hotel in the Somali capital, Mogadishu, the Reuters news agency reports quoting the police spokesperson.

The security forces ended the assault early Monday after a gun battle with Islamist militants, the agency adds.

“The operation is over now. Nine people including four attackers died and over 10 civilians were injured,” Sadik Ali is quoted as saying.

“I ask God to have mercy on the Somali citizens who lost their lives in this barbaric attack, and I extend my deepest condolences on the death of General Mohamed Nur Galal, a veteran of the Somali Army,” he said

Al-Shabab said it was behind the attack at the Afrik Hotel, which began with a car bomb on Sunday afternoon.

The hotel is known to be a gathering place for Somali government officials.

The group, which is linked to al-Qaeda, regularly carries out attacks against the government.