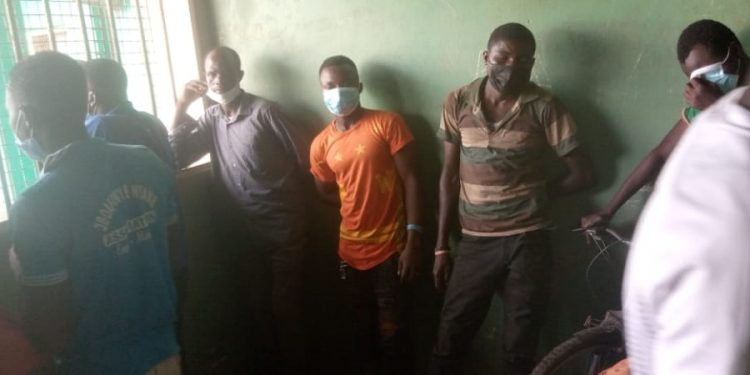 14 residents of Sekondi have been arrested by the Environmental Sanitation Taskforce of the Sekondi-Takoradi Metropolitan Assembly (STMA), on Friday, 26th February 2021, for engaging in open defecation.

They were fined a spot fee of GH¢200 after which they were cautioned to refrain from such misconduct.

In a statement released by the STMA and signed by the Deputy Public Relations Officer, Hawa Adam, it said “the arrest is in accordance with the Assembly’s effort to reduce open defecation in the metropolis to ensure a clean and hygienic environment for its people.”

According to Section 14 of the Assembly’s bye-law on Solid and Liquid Waste Management, “No person shall defecate or urinate in any public or open place other than in an approved toilet facility”.

Ten were arrested at Sekondi Kokompe, two at Essaman and one at Sekondi 3rd street.

According to the STMA Environmental Health Officer, Johnson Ayrah, the assembly is committed to the fight against open defecation.

“The Assembly is not going to stop with this exercise until such practices are completely eradicated from the metropolis”, he said.