US says sanctions on Myanmar ‘priority’ after coup 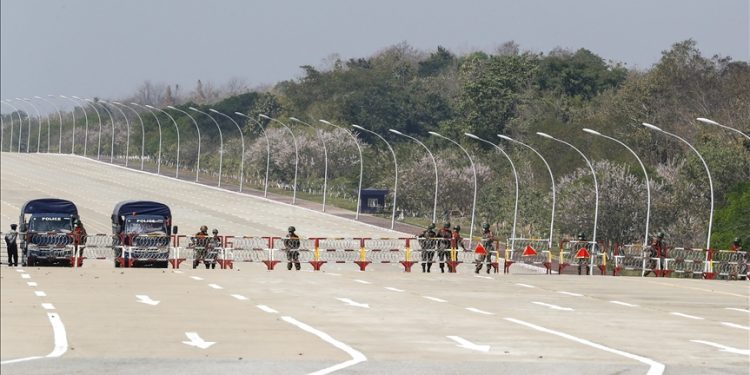 The US said Wednesday it is prioritizing sanctions on members of the Myanmar military after it staged a coup d’etat and seized power from the civilian government for at least one year.

The announcement comes one day after Washington formally classified the overthrow as a coup d’état, which lays the groundwork for the imposition of sanctions on military leaders and business from which they benefit.

White House spokeswoman Jen Psaki did not have an exact timeframe for when the economic penalties would be imposed, but told reporters the Biden administration is in the midst of a review that will precede the action.

“The continued detention of Aung Suu Kyi, other civilian officials, and the declaration of a national state of emergency are a direct assault on Burma’s transition to democracy and the rule of law,” Psaki said, using the US government’s preferred name for the country of Myanmar. “It is a priority, and certainly reviewing our sanctions authorities where there’s action to take there is something the team is focused on.”

The coup took place hours before the first session of the country’s new parliament was set to convene following elections last November in which Suu Kyi’s NLD party made sweeping gains.

The military claimed the coup was staged due to “election fraud” in the polls, which it said resulted in the dominance of the NLD in the parliament.