Alleged military officer arrested for robbery not our personnel – GAF 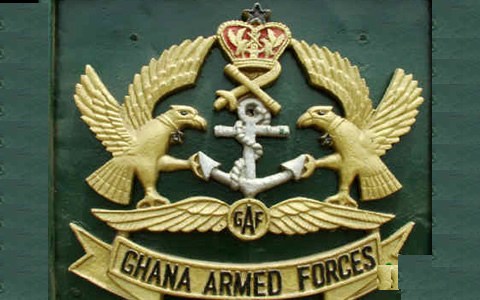 The Ghana Armed Force (GAF) says the alleged military officer arrested recently for robbery in the Central Region is not a member of the force.

This was contained in a press statement issued by GAF on Friday, March 12, 2021.

GAF in the press statement said its preliminary investigations shows the alleged suspects are not soldiers.

It however acknowledged that one of the suspect is a “civilian driver” who used a military car in his possession to aid the robbers.

GAF maintains that it will take steps to sanction the said driver in accordance with it’s regulations.

“Our preliminary investigations shows that the alleged suspects were not soldiers of GAF. However, one of the suspects, Isaac Appiah Kubi, a civilian driver of GAF took advantage of the military car in his possession to assist his accomplices in the criminal act.”

“The GAF views his action very reprehensible and will stake steps to discipline him in line with our regulations.” 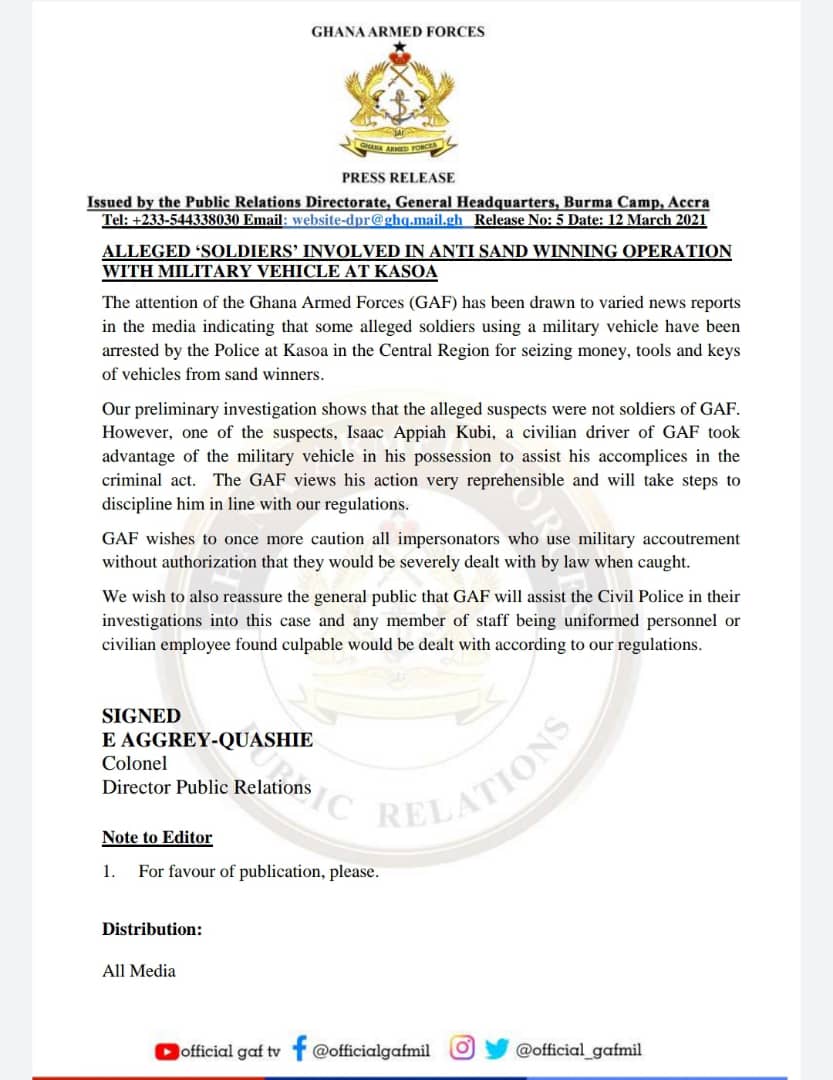 The Central Regional Police Command on Thursday, March 11, 2021 arrested four persons, comprising a supposedly dismissed military officer and a military-civilian employee, for robbery at Ofaakor near Kasoa in the Central Region.

The Kasoa Divisional Police Command narrated that it received a distress call that about five men onboard a military vehicle with registration number 46 GA had attacked sand winning workers on-site and had robbed them of their mobile phones, various sums of money at gunpoint and have seized seven tipper truck keys in addition and sped off to the house of Nai Atopi at Nai Atopi Hills.

“Five persons sustained gunshot wounds during the robbery and have been rushed to the Trauma and Specialist Hospital for treatment at Winneba. The suspects have been detained and exhibits including the military vehicle have been retained for investigation. Nai Atopi has been invited by the police to assist with the investigation.”

The suspects have subsequently been remanded into police custody.